Lamarr had a very interesting career that involved major acting accomplishments, milestone acting events, and direct involvement in the invention of the technology that now forms the basis of WiFi, BlueTooth and other similar modes of communication between electronic devices.

The story of Lemarr's life is complicated and understanding that story is made even more difficult because of the way it has been told in the past, with multiple versions of multiple events told by biographers (perhaps including herself) who were not entirely honest. But there is one story I would love to know more about. (For that, I know, I just need to read her autobiography, Ecstasy and Me My Life as a Woman, and someday I may!) When Lamarr lived in Europe, she attended social events that were visited by the likes of Hitler and Mussolini. Lamarr's evil husband was working with them. Because of that connection, Lemarr was exposed to conversations about science and technology vis-a-vis the military. This piqued her interest in such topics. Later, Lamarr escaped that situation and it was after that she invented a technology to be used in the war against the very fascists she was forced by circumstance to rub elbows with. 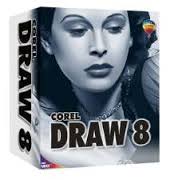 Lamarr invented a few other things as well, including an improved traffic light.

Lemarr's looks, both how she looks and how she, well, looks, are iconic. But you may not know that a face some of you have been staring at for years, if you happen to use a certain computer graphics product, is hers.

Also, Catwoman as played by Anne Hathaway, is based on Lamarr.

A few choice quotes from Lamarr:

“Any girl can be glamorous. All you have to do is stand still and look stupid.”

“Hope & curiosity about the future seemed better than guarantees. The unknown was always so attractive to me...and still is.”

“I have never seen a wrestling match or prize fight, and I don't want to. When I find out a man is interested in these sports, I drop him.”

Anyway, if you are reading this blog post on a device connected to the Internet via a wireless connection, take a moment to thank Ms. Lamarr and her colleagues.

Tangentially related: The late Theodore Sturgeon (famous for /More than Human/ and other works of science fiction) Wrote a story called "The Pod in the Barrier" (1957) which an Amazon customer claimed to have presaged the development of spread-spectrum communications. I think this is a stretch, not only because Hedy Lamarr and her co-inventor George Antheil have a prior claim. See A Touch of Strange.

One thing is beyond dispute: Hedy Lamarr was proof of the truth that women can be formidable in both intellect and physical beauty. (As if more proof were needed.)

Hedy Lamarr was one cool chick there was a magazine article byJohn Wakefieldthat celebrated het life and career and made reference to some of the points you have here,
Great post!

I read that Hedy Lamarr sued for invasion of privacy over the name Hedley Lamarr, but apparently this Lemarr person got a free ride.

Yes, it was satire. The old Carol Burnett show.

No, it was in Blazing Saddles.

Hedy Lamarr, why have I never heard of her before? She is so inspiring. She should of definitely been given a lot more credit when it came to all the inventions she created, especially because they are the things that we use the most in our day to day lives. Traffic robots, Wifi, Bluetooth...
u15026397

Someone new and wonderful I've just learnt about now through this. Cheers!