Comments of the Week #26: From Astrology to Stars to Dark vs. Normal Matter

"There is no dark side in the moon, really. Matter of fact, it's all dark." -Pink Floyd / Gerry O'Driscoll

It's been another fantastic week here at Starts With A Bang, where we've taken on a huge diversity of topics and run two fantastic posts from our contributing writers: Brian Koberlein and James Bullock. If you missed any of them (or if you want to catch them again), here's what we've covered this past week:

As always, you've had your chance to have your say about them here, and now it's my turn to share (and respond to) my favorites among them in this edition of the Comments of the Week! 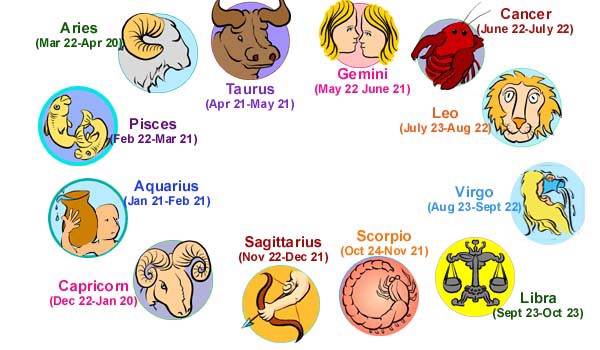 From Steve Dutch on the concept of astrology: "To me the classic is the Mars Effect, where people born under certain configurations of Mars showed higher athletic ability. And it held up. Well, if you pick a conspicuous cluster of data that fits a certain criterion, that specific cluster will hold up under every conceivable test. If you prayed and flipped ten heads in a row, no test in the world would prove otherwise. The real test is, does the correlation continue to hold? And no, the Mars Effect did not."

What Steve refers to -- the Mars Effect -- is a real study conducted in the 1950s that found, among a group of champion-level athletes, a hugely disproportionate number of them happened to be born with a certain astrological configuration. Here's the thing, though, did they survey all champion-level athletes? Did they continue to track this over time and see the same pattern continue into the future? The answer to both of these questions is no, and represents a classic problem in science known as selection bias, where the fact that you have a small sample that isn't representative of the whole skews your results. 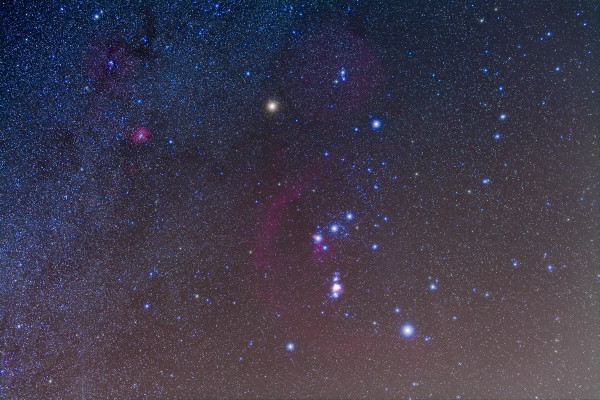 This happens in astronomy, too. Look up at the night sky, at the color and brightness of the stars. A huge proportion of them will be bright-and-blue. In fact, if you define stars by their class -- with O being the brightest and bluest and descending down to B, A, F, G, K, and finally M at the red-and-dim end -- you'll find that a very large proportion of the stars visible to a human being are O, B, and A-class stars, with relatively few M-stars. But surveys of our local neighborhood indicate that, within around 30 light-years of Earth, there are zero O stars, zero B stars, four A stars, and, going all the way down to the low end, nearly 300 M stars. This, too, is a selection bias: we have a skewed sample of what's visible to the naked eye. Your sample needs to be representative of the whole, or you're going to fool yourself, and that's exactly what the people initially studying the Mars Effect did.

From Gary S on the same topic: "I heard many years ago (but have never verified) that the position of the doctor when a woman gives birth has more gravitational effect than that of any planets."

These things are easy to quantify: we know the gravitational force law (Newton's will do), we know the planet that gets closest to Earth is Venus and we know the most massive planet is Jupiter. Let's calculate what those forces will be on a person at their maximum, and let's compare them to a, say, 75 kg doctor that's 15 centimeters away from a 4 kg baby.

As it turns out, the overall gravitational forces are pretty comparable, all within a factor of 2 from one another. But those gravitational forces from planets aren't really interesting because they affect the entire Earth; you'd want tidal forces, which scale as 1/r^3, not 1/r^2. Looking at those numbers, tidal forces from the doctor will be billions of times greater than that of any of the planets. C'est la vie. 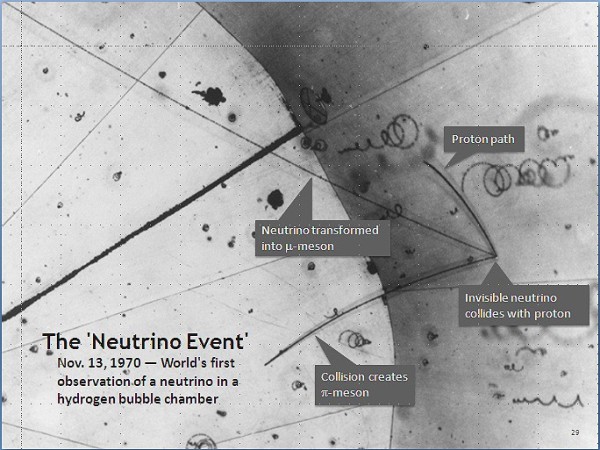 The first detection of a neutrino. Charged particles show as trails in a bubble chamber.
Credit: Argonne National Laboratory.

From Julian on the brilliance of scientific assumption: "Really fascinating article. I’ve thoroughly enjoyed reading the guest articles here, it’s great to see the scope of the blog expanding!"

I agree, and I'm super happy about our new contributors as well. This first set of articles has been outstanding, and I know some of what's coming up for September and October. Stick around; it's going to be a great ride! 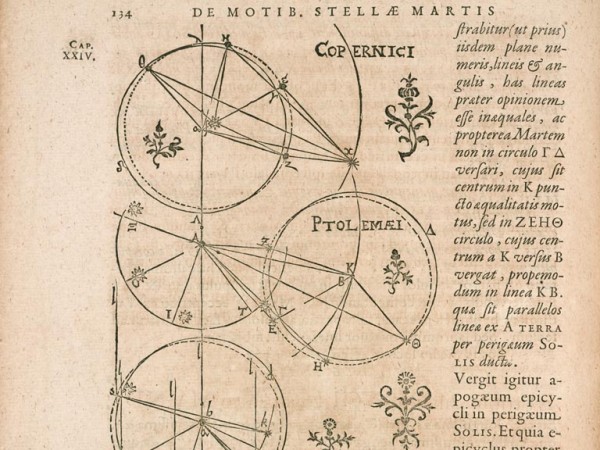 From a totally different Julian on the same topic: "I once read a book about scientific thinking (I forget the details). One of the items was the use of ad-hoc explanations in science. To boil it down, ad-hoc moves are used a lot in science. Uranus moved faster than it should for 20 years, then at the expected speed for the next 20, then slower than expected for the next 20. This would appear to contradict the law of gravity. Then it was suggested that another large and hitherto undiscovered planet was exerting a gravitational pull on Uranus, and so it proved.The article said that in order for an ad-hoc to be acceptable scientifically, it had to make predictions that were both accurate and surprising. By “surprising”, the predictions had to be very unlikely to be true otherwise. The ad-hoc that led to the discovery of Neptune fulfil[l]s both criteria."

That's exactly right. When you observe a new phenomenon, whether it's mundane or surprising, your very first question should be, can we explain this exclusively with what's already known? At this point in science, the answer is usually yes, even though you're unlikely to hear that reported from most outlets. It's the cases where we can't, where we need to hypothesize something new, that the best new ad-hoc explanation with the most successful predictive power and the fewest additional assumptions will be the one that emerges victorious. It's served us incredibly well so far, and counts General Relativity, the Big Bang, Cosmic Inflation, Dark Matter, and Dark Energy among its successes to date. 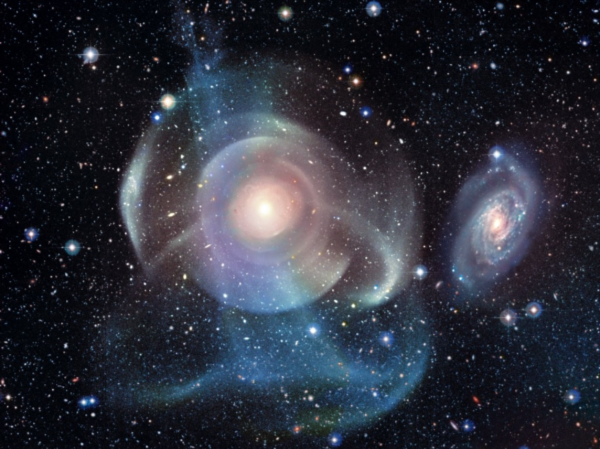 James Bullock elaborated on Dark Matter on galactic scales: "Things can change if you alter the assumptions about dark matter, but you can’t alter them in a way that will destroy the agreement on large scales. One possibility that people have started to look more closely at is the case of dark matter with strong self-interactions (not with normal matter, but strong interactions only with itself). This is an interesting possibility because it doesn’t affect large scale structure, but can help things on small scales. It turns out that self-interacting dark matter also produces the same kind of mergers and streamy halos that this article talks about."

To elaborate a bit, large-scale structure formation is something that only dark matter can do correctly at this point in time, but we have much greater difficulties predicting what it should do on small (galactic-sized) scales, due to the fact that we have to run numerical simulations to predict its behavior, and different assumptions lead to different halo density profiles. 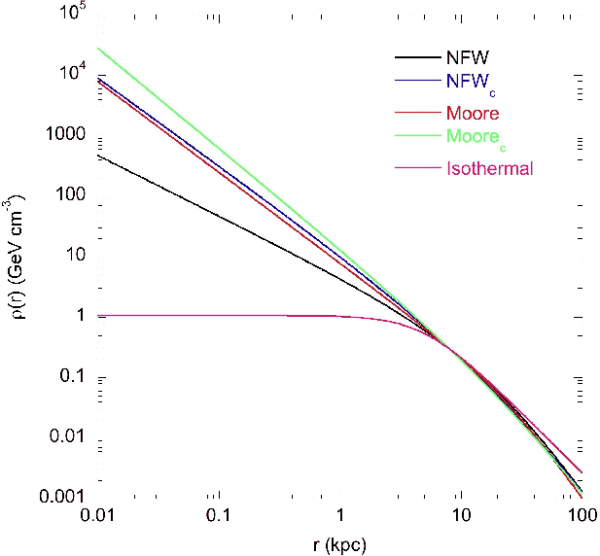 The simulations performed by Navarro-Frenk-White and Ben Moore et al. are shown above; other, more general profiles (such as Einasto) also exist and are commonly used. However, if dark matter interacts with itself -- and hence is not a WIMP but a SIMP (Strongly/Self-Interacting Massive Particle) -- we could arrive at an isothermal profile, which would fit the data much better. People also tinker with the dark matter's temperature, and find that warm dark matter may be a better small-scale-structure fit than cold dark matter.

There's still a lot to learn about exactly what dark matter is and what its finer properties are, and I've long been a fan of using the astrophysical data to guide our predictions for the particle properties of dark matter. This, honestly, is a case where ad-hoc assumptions may in fact take us to the next level!

And finally, Ted Lawry catches a mistake of mine: "I thought conventional wisdom held that that mass of the Oort cloud was about 450 Earth masses, about that of all the planets, not 300,000 Earth masses i.e. the mass of the Sun. What has changed?"

As it turns out, even 450 is way too high; the present mass of the Oort cloud is only  somewhere (estimated) between 10-and-100 Earth masses. Estimates were never as high as an entire Solar mass; even Oort's original estimate was of approximately a Jupiter mass. Where I seem to have gotten confused was thinking of interstellar matter and rogue planets, which may wind up being comparable to the amount of mass in stars; that's something that MACHO studies will be sensitive to. 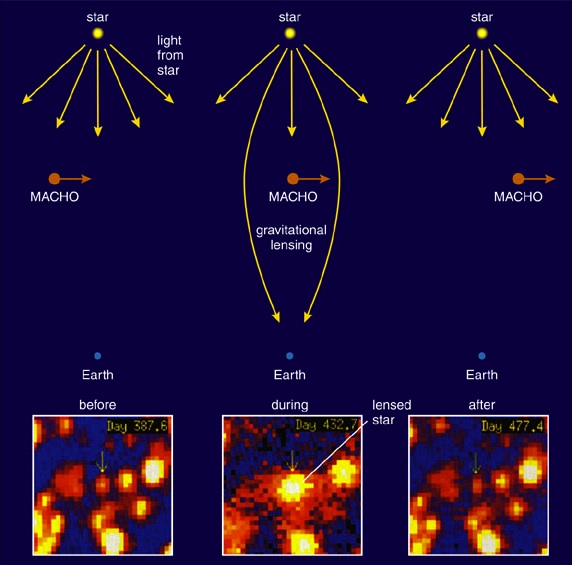 And while that's the end of our top comments this week, I have one more thing for you. You see, as we prepare to conclude Messier Monday, I'm thinking of beginning a video series to replace it. Some of the early ideas I think might be interesting would be to pick an interesting-looking phenomenon and to break down what's happening and why. Here are some early-stage candidates:

What do you think; would you be interested in seeing any of these? (Vote yes/no to each one, below.)


And if you've got a suggestion for a phenomenon you would like to see explained -- particularly if it's one that lends itself to a visually attractive video-or-image -- please weigh in in the comments below. Thanks for another great week, and I'll see you back again for more great content in the days, weeks, months and years to come!

Unless, of course, I missed the point a bit and that's what you intend.