The Rising Star of Science (Synopsis)

We don't normally think about it in our day-to-day work, but as scientists, our equations, our models, our observations, our experiments and our instruments are more than just our tools for approaching our work. In a very real way, they're our connection to the Universe itself.

Yet some people miss out on that connection, never finding the wonder, joy and knowledge that comes along with science. Sabine Hossenfelder has an interesting take on this -- and a personal story, too -- that's worth reading. Here's a snippet:

We don’t talk about it, but science isn’t just a profession. It’s a way to make sense of the world. It’s a way to find unity with nature. Most scientists are atheists, not so much because belief and superstition has no place in science, but because, as Laplace put it so aptly, God is a useless hypothesis. Why spend the Sunday in church when you can spend it in the lab? 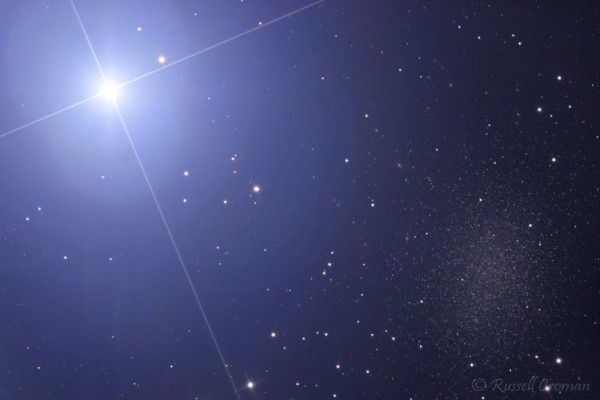 Go read the whole thing, and while you may not agree with it all, you're very likely to find pieces of it that resonate with you. I know I did.

There is no question that in the field of explanation, Science beats Religion. There is also no question that in alleviating certain kinds of human suffering, such as disease, various impairments of the body, and so on, the technologies based on science have done the best.

Yet, even the perfectly healthy and well-provided-for individual may find happiness elusive. The sages in my tradition (call it a religion, if you will) teach that this has to do with our unending, unquenchable desire, and the accompanying fear, anger, frustration, greed and so on. To live is to have some desire or the other, and so they have tried to teach us how to go about in the world with all these and to be happy. The art of this sustainable happiness, at a personal level, and for the society as a whole, is Dharma ((mis)-translated as Religion or Duty).

To give a crude example, Science assures us that Genetically Modified Organisms (GMO) as foods pose no threat to human health, and that is almost certainly true. Dharma, however, requires us to look at the system as a whole. GMOs (as organized today) lead to loss of autonomy of the farmers - they are growing somebody else's "intellectual property", leads to monoculture and the extinction of the great variety of crops developed over the last 12,000 years of agriculture, and leads to environmental devastation (as, e.g., the use of GMO corn and Round-Up has led to the destruction of habitat around American corn fields and most visibly, the loss of the Monarch Butterfly). The use of GMO foods, as currently done, is unsustainable, and is against Dharma. Science, looking at things through its analytic keyhole, usually fails to see the whole, until huge damage has been done.

Similarly, there is no part of New Jersey that is far from a former toxic waste-dump site, a relic of New Jersey's industrial past. Maybe Science is needed to know the relative dangers of each kind of waste; but where was Science when all these dumps were created in the first place? One does not need Science to know that this is an unsustainable practice.

This essay on the whole stands up God as a fiction, and Science as the countervailing real source of wisdom. It does go beyond that when Bee talks about no longer being afraid and about equanimity. But scientists as a group seem no better than the average in this enlightenment. And one does not need either God or Science to no longer be afraid.

Loss of autonomy started long before GMOs. No farmer in the industrial world breeds hir own seeds. You buy them from professional plant-breeders.

Agriculture = monoculture, for most of the time & places.

And then, this Dharma of yours. Don't you see that science as a whole is as holistic as it gets?

Yet, this is the base for religion; bring fear to the heart of man & he is yours to control. Hrmph! Fear is self-induced, just as is panic & all the other insecurities of humans & the rest of the animal world.
Thanks, Sabine; another good thought-provoking piece. Look forward to the next.

A safe holiday season to all.

And to all a good day, a very good day. Let us at least acknowledge extant science of the human species and Gaia....