Why trust a theory? Physicists and philosophers debate (Synopsis)

“Did you ever read my words, or did you merely finger through them for quotations which you thought might valuably support an already conceived idea concerning some old and distorted connection between us?” -Audre Lorde

One of the most damning, albeit accurate, condemnations of String Theory that has been leveled at it is that it's untestable, non-empirical, and offers no concrete predictions or methods of falsification. Yet some have attempted to address this failing not by coming up with concrete predictions or falsifiable tests, but by redefining what is meant by theory confirmation. 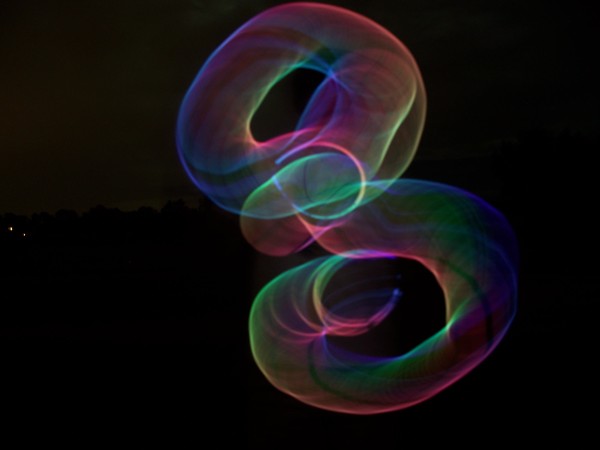 Many physicists and philosophers have jumped into this debate, and a recently completed workshop has produced no agreements, but lots of interesting perspectives, opinions, and a few notable fights and quips. 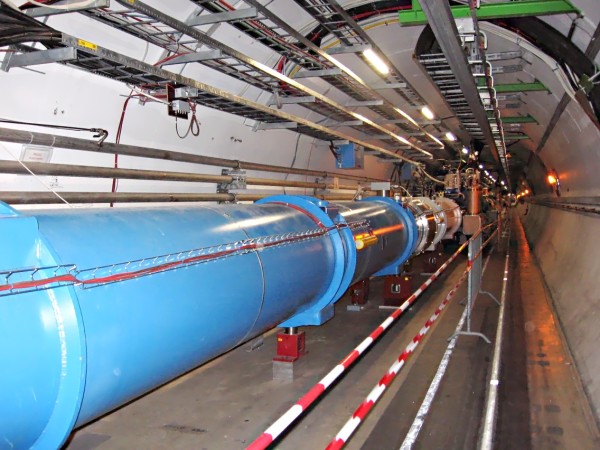 Image credit: Wikimedia Commons user Julian Herzog, of a piece of the LHC’s beamline at CERN. Energies many billions of times greater than can be reached here are required to test string theory.

Sabine Hossenfelder recounts her experience at the Munich workshop, only on Forbes!

Just for fun I typed into the Google Search box: What is science?

The answer it gave was as follows:

the intellectual and practical activity encompassing the systematic study of the structure and behavior of the physical and natural world through observation and experiment.

When it gets to the point that theories can't be tested, that is the end of science. That isn't to say philosophizing about deeper structures isn't allowed, but it shouldn't be called science even when the philosophizing is being done by scientists.

"When it gets to the point that theories can’t be tested, that is the end of science. "

Nope. No more than axioms mean the end of maths, despite the fact that it is where maths STARTS.

Popperian falsifiability ignores inductive logic, which is as old as, and can be rephrased as, Occam's razor.

Does not the very word " Theory" relegate all arguments on this issue mute ? Einstein's "Theory of relativity" is no longer one, it is a demonstrable "fact" is it not? So, I would think that string theory is just a wild guess at the moment as little of it is demonstrable. While I sympathize with the former "when it come to the point that theories can't be tested, that is then the end of science. Does not the very word " Test" infer some doubt. cuz if it were indeed a fact, there would be no need to test it. No need to put a thermometer in an arctic ocean to know the water is cold when a foot or a hand would suffice. Save the gov't grant money!

If they had to be individual things to be theories, then we'd have to have the "things fall to earth" theory, the "moons orbit planets" theory, the "planets orbit stars" theory, etc. Because those are observed things, but there's no observation that ties them all together.

The theory of gravity ties them all together.

We have no "observation" that they tie together, so those insisting there's "observational science" as a separate thing and it's observing things happening right here, right now, would insist there's no theory of gravity. Or evolution.

Both of those tie into one explanation a plethora of observations, and they are both theories, and based off observation.

Gotta agree with Wow on this one, Denier. Scientists are ultimately pragmatists; if we can't use the gold standard of empirical confirmation to decide between theories, we will discuss, argue, assess, and eventually adopt some less ideal standard with which to evaluate theory options. That doesn't mean empirical testing is irrelevant to theory choice; it's still relevant and very valuable to do, wherever we can. It just means no - or at least very few - scientists are going to sit around in an angsty philosophical paralysis, bemoaning the fact that they must now stop thinking about the universe because science has come to an end unless we can figure out right now how to test some arcane theoretical point. No, instead what they will do is keep working; trying to decide which hypothesis to investigate given that they can't test them right now, and they will also keep working on more elegant or accessible solutions to the problem of how we can test them. Rome was not built in a day as they say; neither are experiments.

Indeed I do, Pat. What appears to be the problem? Can I not mention two things at a time?

"I don’t see the connection."

That's because despite talking about two different points in one post, they weren't the same point. Don't know why you think they had to be.

See the conjunctive "and".

Nope, it isn't. Popperian is orthogonal to inductive logic.

"If someone wants to redefine “Science” to make falsifiability inessential"

Who the hell other than creotards and woomancers wants falsifiability to be inessential? Try reading eric's post for why it's neither essential for science to falsify things now nor does the lack of necessity make falsifiability irrelevant.

"but they will then NOT be talking about the enterprise undertaken by Newton,"

Wow, you DON'T know Newton, do you.

Gravity, especially, is an inductive step not attempted to be falsified or even falsifiable at that time (nor falsifiable until the 20th century, at which point we found the explanation FALSE). It was proposed as an inductive method to simplify the multiple observations of motion under a unifying theory of what singular cause could result in these observations.

It's only "something else" to your errored insistence on what science "must be".