“I wasn’t destined to be an astronaut. I had to turn myself into one.” -Chris Hadfield

Many of us dream of becoming astronauts as a child, but give up on that dream for a number of reasons — the seemingly impossible odds, the demands of daily life, the rigors of preparation — and never even apply. But for a great many, that dream remains alive; the last time NASA had open applications, over 6,000 people threw their hat in the ring, with eight selected. 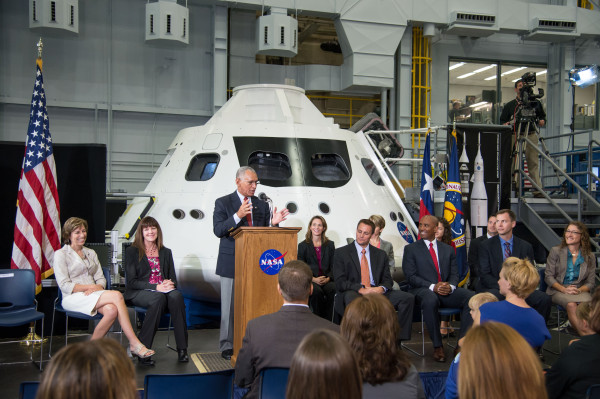 Image credit: NASA; Photographer: Robert Markowitz. NASA Administrator Charlie Bolden, at lectern in the middle of the frame, speaks at a special media-day program at the Johnson Space Center’s Space Vehicle Mock-up Facility on Aug. 20, during which the 2013 class of astronaut candidates was introduced.

Yesterday, NASA once again opened up astronaut applications, and one prospective applicant has written a manifesto about lessons learned in becoming an aspiring astronaut. While not all of us have the desire to strap ourselves to a rocket and orbit in a tin can above Earth, we all have something to learn from this perspective. 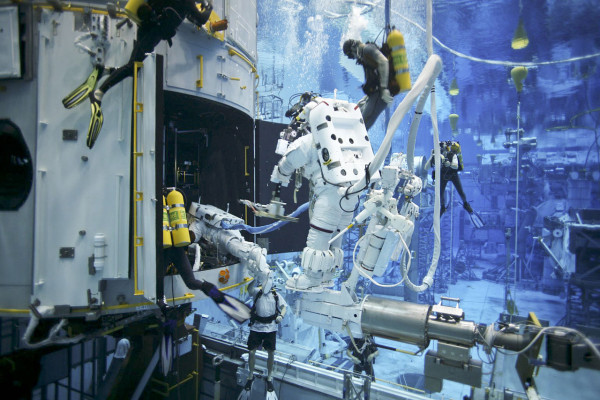 Image credit: NASA.
This image shows Hubble servicing Mission 4 astronauts practice on a Hubble model underwater at the Neutral Buoyancy Lab in Houston under the watchful eyes of NASA engineers and safety divers.

I had a science teacher in High School that wanted this with every fiber of his being, and he always looked the part. Always fit with a shaved head and in a jumpsuit as often as not. The passion he had for this particular dream couldn't help but bleed into everything he did and it was nothing short of infectious. He was one of the best teachers I ever had.

He set up mock Shuttle missions in a program called 'Star Lab' every year. Half a dozen applicant students were chosen who had to spend a week in a school storeroom closet he had built out to resemble a working spacecraft. All other students had to take a shift as ground control. It ran 24 hours a day. My shift as ground controller started at 2 AM on a Tuesday. I saw the astronauts only through video monitors and talked to them only through intercom.

I didn't grow up wealthy. My family couldn't afford a trip to Huntsville, Alabama let alone entry into Space Camp. It didn't matter. With a meager budget and almost inhuman drive this teacher brought the experience to every student he could.

I don't know if there is another Mr. Barainca out there but for those that truly bleed this stuff, dream big enough for all of us.

The future looks bright for a lot of Mr. Barainca out there :)