“Astronomers are greatly disappointed when, having traveled halfway around the world to see an eclipse, clouds prevent a sight of it; and yet a sense of relief accompanies the disappointment.” -Simon Newcomb

Next year, on August 21st, 2017, millions of Americans will delight in the first total solar eclipse to go from coast-to-coast in 99 years. The path of totality will range from Oregon to South Carolina, giving more than two minutes of the Sun being blocked by the Moon’s shadow to all along its central path. 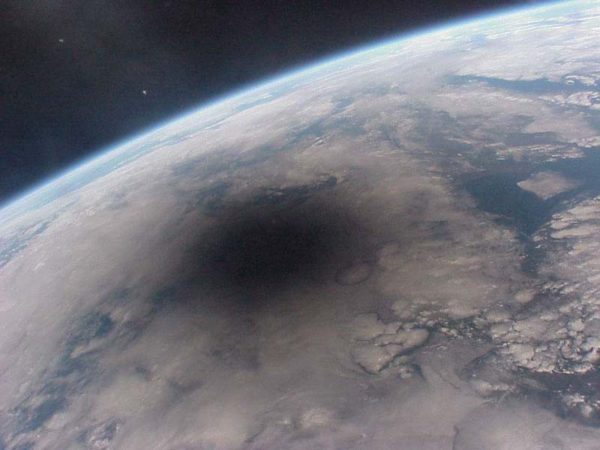 Image credit: Mir / RSA, 1999, of the Moon's shadow falling on Earth, during a total solar eclipse as seen from space.

During this time, not only the Sun’s corona but also the background stars, never visible otherwise during the day, will be revealed. This isn’t merely a spectacular sight, but provides an opportunity to test Einstein’s general relativity directly: by measuring the deflection of starlight caused by the gravitational presence of the Sun! Although this was famously (and successfully) undertaken in 1919, the United States had a chance to beat the rest of the world in 1918, and almost succeeded! 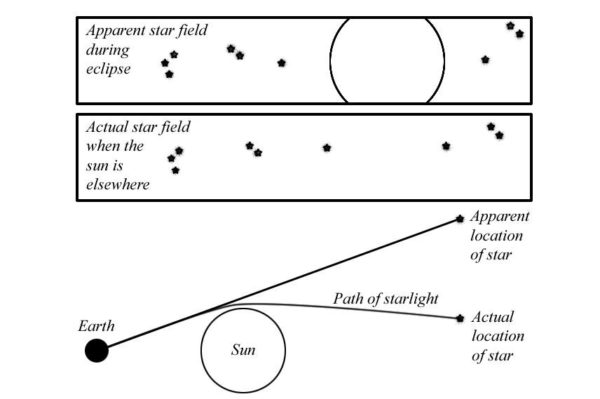 Come get the story you never heard of how the last great American eclipse almost shocked the world!

A quibble. " Although similar eclipses repeat in cycles, the lower 48 states haven’t seen a total solar eclipse since 1918, which almost confirmed Einstein’s greatest theory to the entire world." That will come as a surprise to those of us who witnessed the 1979 eclipse. True, it only passed over five states before fleeing to Canada, but those states were part of the great 48.

What?!? Only 4 comments of outrage over a gaffe? The internet didn't bring its 'A' game today.

Fascinating. I wonder if when it occurs, people will charter planes to chase the eclipse. In 1973, Concorde 001 chased the eclipse, and reached a totality of 74 minutes.
http://www.nature.com/nature/journal/v246/n5428/abs/246072a0.html

Lets say I wanted to to verify General Relativity myself, by noting how this eclipse causes the apparent position of stars to move. I want to do this with the equipment I have, which is a digital camera and a computer.

During the eclipse, I can photograph the sky and capture the location of the stars. I also need something to compare it to, so I can take another picture of the night sky containing the same stars w/o the eclipse. This presents me with two problems. First, I don't know what stars are going to be behind the eclipse, so I don't know what to photograph. Secondly, cameras do not necessarily have a way to ensure the magnification is the same between two shots, so I need something in both shots of known size to calibrate the scaling. I want to use the moon.

So here is an interesting question, at least for those of us unfamiliar with celestial mechanics. Given a location in the path of the eclipse, what is the best date and time, such that the moon will be in the same position in the sky and the same distance from earth, as it will be during the eclipse? I'd like to know how to figure this out.

You can read the details of the experiment that was done.

Given you haven't bothered to look, I don't expect any actual test to be done by you. Too much effort.

'cameras do not necessarily have a way to ensure the magnification is the same between two shots'
Are you speaking of telephoto lenses, or fixed? Use a 50mm fixed for a wide field shot & you will not have scale concerns, plus, there will be enough stars in the field to align both photos.
The moon, BTW, is only 0.5 degrees wide.
:)