What is the Universe's third most common element? (Synopsis)

"It is the function of science to discover the existence of a general reign of order in nature and to find the causes governing this order. And this refers in equal measure to the relations of man - social and political - and to the entire universe as a whole." -Dmitri Mendeleev

When the Universe was first born, all we had was hydrogen and helium, with a trace amount of lithium and absolutely nothing else. 13.8 billion years later, hydrogen is still #1 in the Universe and helium is still #2, but lithium isn’t close to #3 anymore: more than two dozen elements have passed it. The key? Stars! 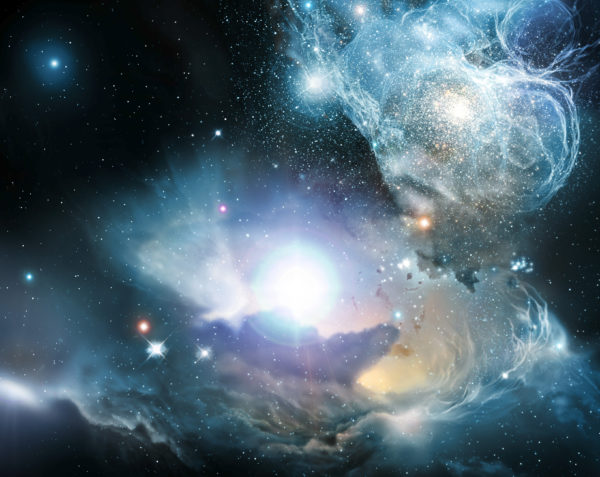 An artist's impression of the environment in the early Universe after the first few trillion stars have formed, lived and died. Lithium is no longer the third most abundant element at this point. Image credit: NASA/ESA/ESO/Wolfram Freudling et al. (STECF).

Over billions of years, nuclear fusion in the cores of stars have built up all the naturally occurring elements we know of in the periodic table. You might think that since three heliums can fuse together to make carbon, that would be the third most common element in the Universe. And it’s close: carbon comes in at #4. But another element has it beat. 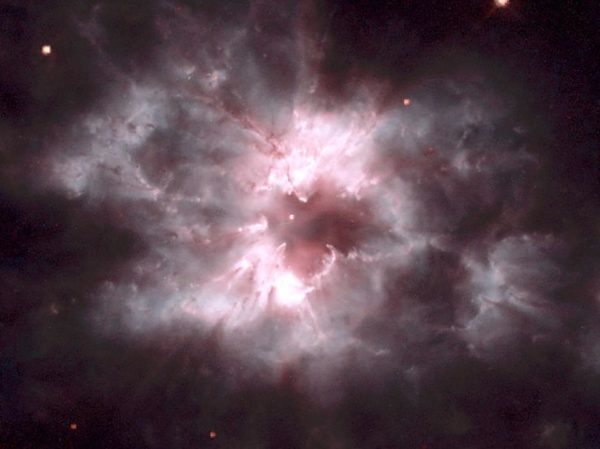 At the end of their lives, massive stars eject their outer layers back into the interstellar medium, enriching the Universe with elements beyond hydrogen and helium. Image credit: H. Bond (STScI), R. Ciardullo (PSU), WFPC2, HST, NASA.

So who’s number 3, and how did it get to be that way? It’s oxygen! Find out why today.

The Universe is a violent and constantly changing place.

How can you know that, jkeyes1000? You keep insisting that science is incomplete and will never know all about the universe!

But I guess you have to believe something without evidence. After all, you know your god doesn't exist, but still want to pray to him...

“… These supernovae [violent and changing], the steps leading up to them [changing] and even their aftermaths, enrich the Universe with all the outer layers of the star, which returns hydrogen, helium, carbon, oxygen, silicon …”

Yet this "The total amount of information accessible to us in the Universe is finite, and hence, so is the amount of knowledge we can gain about it. There’s a limit to the amount of energy we can access, the particles we can observe and the measurements we can make. There’s a whole lot left to learn and a whole lot that science has yet to reveal, and many of the present unknowns will fall in the near future. But some things we will likely never know. The Universe may yet be infinite, but our knowledge of it never will be." was used by you to claim that science could not prove any conclusion!

i need evidence it is "a violent and constantly changing place" when you know we cant see all of it!