"Our first priority was making sure we weren’t fooling ourselves." -Keith Riles, LIGO team member

When LIGO announced their first discovery of a black hole-black hole merger, it came as a surprise to almost everyone. The shocking part wasn’t that LIGO had seen merging black holes, but that they were discovered to be so massive. At right around ~30 solar masses each, these were black holes that were much larger than expected, forcing astronomers to confront the fact that they didn’t have a good, comprehensive model for how many black holes -- and what mass they should be -- were in the Universe. 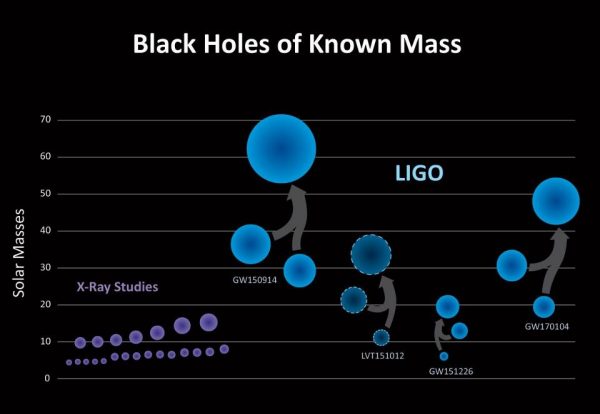 To help this, a trio of researchers from UC Irvine just used the best information we have to simulate galaxy growth and formation, along with stellar evolution, to figure this out. The results they found were that a Milky Way-sized galaxy should have up to 100 million black holes in it, mostly around 10 solar masses each, with a few percent of them being significantly higher in mass. Meanwhile, smaller, lower-mass (and lower-metallicity) galaxies would have fewer black holes that were more massive on average. 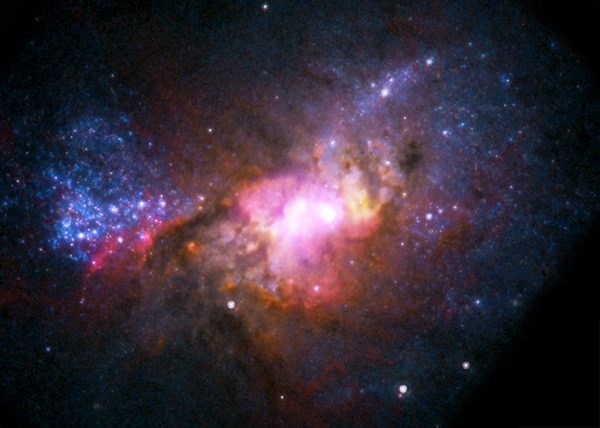 This remarkable result gives us our first-ever precise estimate of how many black holes should be in our galaxy, and paves the way for understanding what LIGO (and other gravitational wave observatories) should see in the future!

Remarkable, especially when you consider the size of each ones event horizon.

I think That the diameter of our universe just before big bang was at least eual to diameter of a medim galaxy(if the big bang theory is correct).

@Ragtag Media #1: I don't really understand your comment. Why is the stellar-mass black hole population "remarkable"? A Milky Way-sized galaxy contains well over 100 billion stars, which are quite well separated (tens of light years). Another 100 billion stars or black holes would fit into that volume with no problem and no discernable interaction.

The "event horizon" of stellar mass black holes is entirely irrelevant compared to that separation. A 10 Msun BH has an apparent radius (as seen by an asymptotic observer) of about 30 km.

Those are remarkably large numbers. I would think the dwarf galaxies would resemble (in terms of metalicity and BH mass spectrum), the early larger galaxies. In the later category, have enough non-so-low metalicity stars formed to overwhelm the initial distribution?

with 100 million BH's in the galaxy, I can very well imagine planets orbiting some of those BH's. Probably no life, since it's perpetual coldness and darkness, but still a fascinating notion.

Movement speed of Black Holes is limited by speed of light, same as any other object with mass, correct?

@Frank #8: Yes, of course. In real life, their speed is limited more by their environment (stable orbits in a binary system, orbiting the galaxy, etc.), to a few hundred up to a thousand or so km/s.

@8,9
Higher speeds are not prohibited, but would probably require something unusual, like being flung out of a close BH binary. These objects would be rare, and wouldn't stick around their parent galaxies.

question...how many galaxies, in our universe, (black holes included) can fit inside a black hole ? answer... 1/2 of them. question... what happens when 2 black holes of the size in the question above try to merge? answer... maybe a big bang. picture 100000 universes over quadrillions of years.