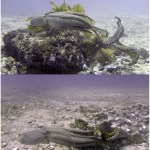 pharyngula | September 22, 2017
Wow. Every person on the planet saw one version or another of this "Octopolis" story and had to send it to me. It was the subject of a Friday Cephalopod a year ago, you know. Apparently, this is the second octopus city discovered, which is interesting -- they're exhibiting more complex social behaviors. However, I have two complaints. A lot of the stories are describing Octopolis/Octlantis as "gloomy". Why? Is it because the inhabitants aren't swimming around with toothy grins? The cephalopods look quite normal to me. A more serious complaint, about this quote: The discovery was a… 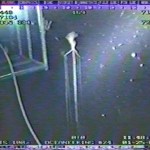 pharyngula | September 15, 2017
Pale, drifting quietly, long grasping arms, cold and anoxic…we all float down here. Yes, I'm going to go see It this evening. It won't be half as creepy as the reality of the dark deep, though. 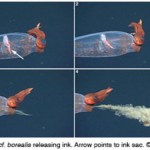 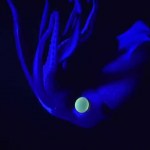 pharyngula | August 25, 2017
First, a little background: When squid mate, a male transfers its sperm to a female enclosed in complex structures called spermatophores. These are accumulated in the spermatophoric sac, a storage organ inside the mantle cavity, before ejaculation through the penis. Squid that spawn in shelf waters and epipelagic waters of the open ocean usually have short penes hidden completely inside the mantle. Males pick the ejaculated spermatophores from inside their mantle with a specially modified arm called the hectocotylus, to transfer them to the female. Females spawning in shallow water have… 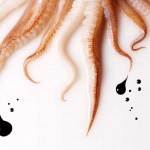 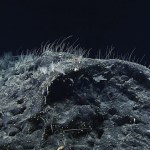 pharyngula | August 14, 2017
The sequel is going to go a bit dark: this is a deep ocean sponge. It's dark and ominous, and it's also carnivorous, with sticky spines for capturing and killing passing animals. I think that thing has been waiting for me in a lot of my nightmares.

Friday Cephalopod: that reminds me -- it's lunchtime 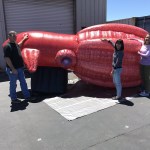 Friday Cephalopod: Tomorrow is an open house at MBARI, and I have to miss it

pharyngula | July 28, 2017
You Californians have no excuse. Go to the coast and stop by the Monterey Bay Aquarium Research Institute and see the Vampyroteuthis. Oh, wait, that's the fake inflatable one. I don't think you'll get to dive down into the deep dark and see a real one. You might not want to. 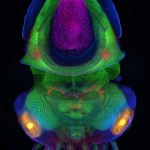 Friday Cephalopod: It's a whole weekend of developmental biology

pharyngula | July 7, 2017
Living a languorous life and occasionally nibbling on a jellyfish has its virtues. 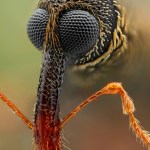 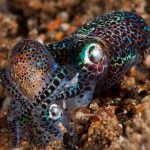 Friday Cephalopod: It's always bondage with these guys 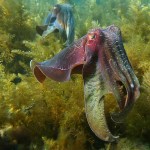 pharyngula | June 23, 2017
We're making the planet a better place for cephalopods. It also helps that humans are busily destroying teleost populations. David Wiltshire P.S. There's a video at the link titled "8 reasons octopuses rule the oceans". Don't bother with it. It is 8 incredibly idiotic reasons that have nothing to do with their success. I felt stupider after watching it.

Friday Cephalopod: beats a fake nose, glasses, and a mustache

Friday Cephalopod: at last, my pretty, I have you trapped!

pharyngula | June 9, 2017
Trapped in a cunning prison! Oh, no, what are you doing now? Foiled again! 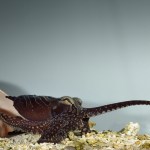 Friday Cephalopod: Needs a cephalopod deity on the right 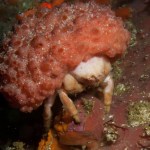 Mary's Monday Metazoan: That's not a tumor, it's a sponge 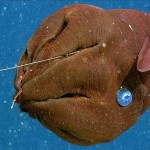 pharyngula | May 19, 2017
I usually only have good things to say about cephalopods, but it's hard to avoid the truth here: vampire squid aren't exactly beauty queens. MBARI

pharyngula | May 8, 2017
This is an echinoderm, a feather star, out for a swim. (via Owl Mirror)
Advertisment