dr. dolittle | March 31, 2016
Don't forget to vote for your favorite Phantastic Physiology Voyage video from trainees sponsored by the American Physiological Society. This year's theme is “Function Follows Form.” Here is just a sample of the phantastic videos (from YouTube) in the contest: To see the rest of the videos and vote for your favorite, click here! 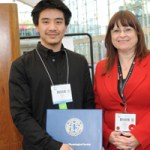 dr. dolittle | February 14, 2016
I am excited to report that it's that time of year again when the American Physiological Society hosts their annual video contest! This year's Phantastic Physiology Voyage theme is “Function Follows Form.” Here is just a sample of the fun videos in the contest: Please vote for your favorite physiology video here! 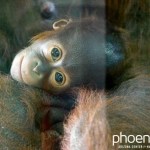 dr. dolittle | November 4, 2014
Just in case you felt like casting a vote for a cute and cuddly cause, the Phoenix Zoo is asking for help in naming a new baby Bornean orangutan. He was born on September 2, 2014 to parents Bess and Michael. You can vote here Voting ends November 6th and the winning name will be announced at his/her baby shower on the 8th. Image of baby orangutan from the Phoenix Zoowww.phoenixzoo.org

Be sure to cast your vote!!

dr. dolittle | November 7, 2013
The panda bear cub recently born at the Smithsonian Zoo is approaching her 100th day of life. Following Chinese tradition, the zoo will be announcing her name on December 1st. In the meantime, the zoo is asking for your help in choosing her name by casting your vote using the online poll that can be found here. The finalists are: Bao Bao (宝宝): Precious, treasure. Ling Hua (玲花): Darling, delicate flower. Long Yun (龙韵): Long is the Chinese symbol of the dragon; Yun means charming. Combined this represents a sign of luck for panda cooperation between China and the United States. Mulan (木兰):… 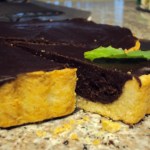 The USA Science and Engineering Festival's Pie made Top 10 on Pi day!!

kcollins | March 17, 2010
It was announced today that the pie entered for pi day from the USA Science and Engineering Blog,Joanna Pool's Irrationally Good Chocolate Basil pie, made it to the top 10! But we need your votes!! How to vote: 1) Go to seriouseats.com 2) Register on the site 3) Vote! 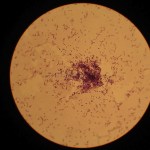 cagapakis | February 1, 2010
Wisconsin lawmakers just passed a bill to name Lactobacillus lactis, the bacteria that turns milk into cheese, into its official state microbe! What microbe do you think best represents your state? I think Massachusetts' state microbe should be E. coli, not for the gross make you sick part of course, but because of the importance of the biotech industry to Massachusetts and the importance of the lowly E. coli to biotech. Add your vote for your state microbe in the comments!

cwilcox | February 24, 2009
My college friend, Mike, has applied to the best job in the world. He's a great guy and a total nerd, so vote him up and give him the chance of a lifetime: Vote NOW!!!
Advertisment