What Is Beauty? Your Kids' Newest Art Critic

Do animals create art? So far, this seems a uniquely human ability.

But do animals have a sense of the aesthetically pleasing? What about the ability to judge and critique art? Can an animal decide if a given work of art is beautiful or ugly? What is beauty in the first place? All good questions.

Shigeru Watanabe of Keio University in Tokyo wanted to investigate the questions, with pigeons. Did he introduce them to the works of Picasso? Or Rembrandt? Romero Britto? No. He used art created by children.

Before we get into his experiment, lets take a minute to talk about what defines beauty. According to Watanabe, something that is beautiful derives its beauty from two basic properties: the first is hedonic value. That is, we derive some sort of pleasure "from viewing aesthetically pleasing art and [can] experience negative emotions from aesthetically displeasing art. Because of this, art can have reinforcing properties for humans." Just as biological stimuli (e.g. food, water) can act as a reinforcer for animals, so too can sensory stimuli (light, sounds - and maybe art).

The second is discriminative stimulus properties - or the ability to discriminate "good" from "bad" art. Humans are able to form categories of aesthetically pleasing or non-pleasing. 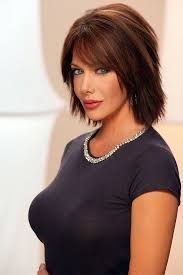 Okay, now for the experiment:
Watanabe solicited works of art from a local elementary school. The school's art teacher categorized the pieces into "good" and "bad." Ten additional adults from the university also categorized the images. When all ten adults, in addition to the schoolteacher, agreed on the classification, the image was used in the final set of experimental stimuli, resulting in 15 total of each category. The experimenter controlled for brightness and size (otherwise, the paintings remained as originally submitted). Half were watercolor and half were pastel.

Four pigeons were trained using operant conditioning to peck a key on a computer keyboard. The images which had been ranked as "good" or "bad" by the humans were presented via computer monitor. Pecking at the "good" pictures was rewarded with access to a feeder for four seconds; pecking at the "bad" pictures was not rewarded.

Then, the pigeons were tested with new paintings that they had never before seen. Would they peck for the images rated as "good," but not for those rated as "bad" by the humans? It turns out that the pigeons were able to abstract the features of "good" and "bad" art, and were indeed able to classify the new paintings as "beautiful" or "ugly." Pigeon WIN.

Figure 3: Examples of "good" and "bad" art used in the experiment.

Did they actually have some aesthetic sense of beautiful and ugly? Unlikely. So what features did they use? The researchers systematically manipulated several of the features of the paintings to see when the pigeons would fail at the test.

Next, they removed all the color from the paintings and presented them in greyscale. Humans and pigeons have sophisticated color vision, and so color cues may be what drives our perception of beauty. Result: Pigeon FAIL. Interpretation: Color must be important for successful classification.

Third, they converted each image into a mosaic. Each painting was divided into a grid of small squares, and then the individual squares were re-arranged. This preserves things like color and brightness, but removes all pattern information. Result: Pigeon FAIL. Interpretation: Pigeons use overall shape/pattern as an important cue for classification.

Finally, they partially occluded the top, bottom, left, or right sides of the paintings. Perhaps the pigeons were relying on one particular part of the drawing instead of the overall piece in order to make their classifications. Result: Pigeon WIN. Interpretation: Pigeons perceived the entire painting, not just a part of it.

Does this mean that the pigeons have some aesthetic sense of beauty? Probably not. But, they are able to judge a painting as belonging to a set of stimuli that has been paired with a food reward, and if that set of stimuli is subjectively described as beautiful, then on some sense, they can pick out a beautiful painting.

This may be why yesterday's ugly is today's trendy. Check out those oversized sunglasses.

Mr. Watanabe won the 1995 Ig Nobel prize for psychology for previous work on this subject . . . see

"Pigeons' Discrimination of Paintings by Monet and Picasso,"Journal of the Experimental Analysis of Behavior, vol. 63, 1995, pp. 165-174.

Looking at the sample art in the article, it seems to be that 'good' has been defined as 'recognisable & colourful'. If that trend pervades the remainder of the images, it doesn't surprise me that the mosaic-ing & greyscaling of images resulted in "Pigeon FAIL". The 'bad' art is, on average, far more abstract.

Perhaps a good test of the hedonic value we put in art would be to have colourful, structured images of distasteful (in human terms) scenes and see what the pigeons think of them. Images that invoke, fear, disgust or sadness (e.g. death, fierce animals, decaying foodstuffs, etc).

As far as I'm concerned, the point is that they abstracted certain rules that they were not explicitly taught from an set of images shown to them. They could have been rewarded for the "ugly" ones and not for the "beautiful" ones, and the interpretation remains the same.

Yes, I agree. I was just trying to suggest that "what we tell you is beautiful" will fall down with the pigeons when the images contain all the stimuli required for beauty, plus something in addition that detracts from it in human terms.

I was just trying to suggest that "what we tell you is beautiful" will fall down with the pigeons when the images contain all the stimuli required for beauty, plus something in addition that detracts from it in human terms.

I think you have to be careful by using the phrase "human terms." If the distinction is a semantic one, then yes, possibly the pigeons would fail. But as long as two groups of stimuli differ consistently along some arbitrary set of visual characteristics, than with enough training, the pigeons should succeed. One example of this is Martin's (commenter #1) mention of the successful differentiation of Picasso from Monet paintings by pigeons, both of which we'd term "beautiful" but differ visually.

@#3, Speaking as a bug guy, I'm not sure if looking like blow flies is such a bad thing.

I'm curious if there would be a difference if one replaced 'beautiful/ugly' with visually 'significant/insignificant'.

on a different note, in looking at the good verses the bad children's paintings, it seems that the 'good' paintings seem to, at least loosely, follow the 'rule of thirds' where a center of interest is placed one third of the way from the edge of the page. maybe that fact alone could count for the birds ability to detect 'beauty'.

What is interesting is that pigeons and us, after some training, which i would expect to exist in both cases:) Both seems to be able to choose between 'good' and 'bad' paintings.

What it shows to me is that we both are 'flock animals' trained in accepting the commonly decided definitions for 'what is' and 'what is not'. both species very quickly can learn what is 'acceptable' which I would guess is why we find 'whistle blowers' so unique, and sometimes also annoying, no matter if they are right or not.

Not seeing any new posts? I'm at Scientific American Blogs!

July 25, 2011
If you didn't catch the message, this blog has moved! You can find The Thoughtful Animal over at the new Scientific American Blogging Network! Please remember to add or change the link to my blog in your blogrolls. The new URL is:http://blogs.scientificamerican.com/thoughtful-animal/ If you use an…

July 5, 2011
In March 2010, I was invited to leave behind the relative obscurity of my wordpress blog for the warm community (and increased visibility) of ScienceBlogs. What a tremendous honor and opportunity that was! But there comes a time in the life of every blogger when one must say goodbye to one's…

Monday Photoblogging: Before and After

July 4, 2011
This weekend saw a trip to the boardwalk and beach in Santa Monica. There are often sailboats out on weekends, and I was hoping to get some good shots with my new telephoto zoom lens. Unfortunately, it was very, very hazy. The light was bad, everything was very washed out, and it was hard to get…

July 1, 2011
I'm on Google+. After a couple days of playing with it, I haven't quite identified what it is for, or at least how I'm going to use it differently from twitter or facebook, but so far I am generally impressed - it's easy, intuitive, and fast. It also allows you a level of selective privacy that -…

June 28, 2011
Here are my Research Blogging Editor's Selections for this week. To start us off this week, Neuroskeptic discusses a new study that attempted to use a computer to translate therapists' notes into psychiatric diagnoses. Could it be that certain language used by therapists or their clients could…