My Friend Curly and the President Elect

Many of you heard the question at President Elect Obama's first news conference, which was mainly about the economy, regarding what kind of dog the girls would be getting as per a deal apparently made some time ago. The only safe answer to that question would have been to give the secret signal that cuts the power feed to the cameras, then have the reporter bagged and dragged out of the room and appropriately disciplined. But no, instead, Obama answered the question and he even discussed details ... the dog needs to be hypoallergenic, yet also from a shelter, and so on ... so now we all know.

This reminds me of a story that many of you have already heard. This is the story of Curly the Barber. If you know the story, you already know the object lesson that I'm about to impart ... a lesson that, alas, the Obama team has missed. In the case of Curly the Barber and his president elect, the outcome was fairly harmless. In the case of Obama and the dogs ... there can only be trouble. Big trouble... 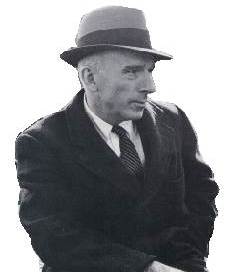 Copy! I need copy! Hungry reporters do what they need to do to survive

Curly was my father's barber and his friend. Both Curly and my father were bald, so I assume their friendship was based on things other than cutting hair. As a child, I saw Curly at many events, such as the annual Veterans of Foreign Wars clambake and the annual American Legion clambake, and so on. And I heard this story from Curly every time, and it never varied, and it rang true. I am sure he was not making this up. 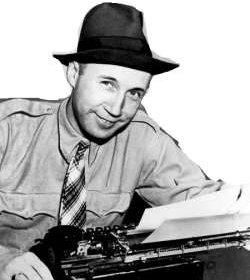 Following the election, when Franklin went from mere Governor of New York to President Elect of the United States, things changed.

That was one of those elections with more than the usual amount of attention nationally and globally, much like the election that just happened. The world was in a depression, war was breaking out everywhere, fascist regimes were setting up shop around the world. It was this election and the next ten years that made the final transition of the United States from an interesting country, to an important country, to the important country. So, as you can imagine, the whole world was watching.

The press, which in those days consisted of a gaggle of sweaty guys with fedoras in black and white always running over to these phone banks that seemed to be everywhere, camped out at the Governor's Mansion, always waiting, always hungry for a story. Indeed, this made it impossible for FDR to roll down to Curly's shop for a trim. So, Curly went weekly to the mansion on request of the President Elect.

On one of these visits, Franklin asked his friend Curly a question...

"Curly, my good man, I understand you are rather the aficionado of philately. Is this true?" asked the President Elect.

"Yes sir," answered the barber, without breaking a snip, "In fact, I'm president of the Fort Orange Stamp Club. Do you collect stamps?"

"No, no, of course not. As noble and educational an activity this surely is, and while I'm very happy to encourage others to partake in it, I've not had time since, you know, becoming Franklin Roosevelt and all. I'm asking because when I was a child, I had a small collection, and in packing up down at Hyde Park for our move to Washington, I came across it! I'm wondering if it has any value..." 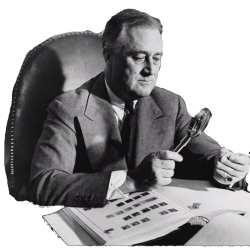 By the time the reporters got done with him, FDR was a stamp collector, like it or not.

By the time the reporters got done with him, FDR was a stamp collector, like it or not. As a result of this conversation, Curly selected a few envelopes full of stamps that Roosevelt had handy, and brought them home to appraise their value between haircuts.

Now, what you have to understand is that every time curly would show up at, or depart from, the Governor's Mansion, there was a flurry of activity among the gaggle of fedora wearing black-and-white copy-hungry reporters, waiting at all moments of the night and day to spring into action. Of course, on the days Curly stopped by, they would quickly realize it was just their buddy Curly the Barber, and the rush for rumor and inside information would turn to friendly banter.

"Hey, Curly, why don't you bring me in wit' you, say I'm your lovely assistant or something. I'd love an exclusive interview with the President Elect."

"Hey, Curly, let me write down a few questions for ya ta ask Mista Roosevelt, will ya?"

And every time, Curly would respond in kind to the banter and get on with his coming or going. Except one time, when he was carrying an envelope on his way into the Governor's Mansion.

"Hey, Curly, you delivering state secrets or something?"

And this time Curly, taken off guard, actually answered one of the questions directly ...

"Well, no. You know I'm President of the Fort Orange Stamp Club. These are some of Governor Roosevelt's stamps, from his collection. I've been appraising them."

Then, figuring he's already said too much, Curly dropped the topic and refused to answer any questions.

Now, what you need to understand about all this is that Franklin Roosevelt was not a chatty Governor, he was not a chatty candidate, and he was never a chatty President either. The press had dubbed him "The Sphinx" because like the Sphinx of Egypt he never gave a clue what he was thinking. This left the press, almost every day, with not enough, especially during this period of President Elect-ness, to fill their column inches.

So they jumped on this anemic story like ugly on an ape. The headlines rang out for all the world to see:

"President Elect Is A Philatelist"

"Franklin Will Lick The Depression and Stamp Down the Fascists"

So, here's the point. Franklin Roosevelt was the Barack Obama of the first half of the 20th century. And it was suddenly "known" because of Curly's slip that he was a stamp collector. However, his stamp collection was a mere child's collection of little value or interest. But with Curly's comment, the Press's amplification, and the national interest in the American Presidency made acute in a world dragged down by The Great Depression ... well, the President Elect was now a stamp collector like it or not. World leaders sent him stamps, the United States Department of Stamps was to exploit this during Roosevelt's presidency. Statements supporting stamp collecting were issued periodically from the Oval Office. It is said that Roosevelt took a direct role in the US postal stamp production and design, though there is little direct evidence to suggest that this was ever anything other than using the Roosevelt name and reputation to promote philately. There is one famous photograph (shown here) of Roosevelt pretending to look at a stamp ... but any real stamp collector can see the flaw in this photograph that belies the reality.

Which is fine and dandy and even fun, because it's stamps. But what is this going to look like when it's dogs?

Barack Obama may be the most widely loved and widely known and paid-attention-to President Elect since Roosevelt, or at least, since Kennedy. People are going to send him dogs. And dogs. And dogs....

A photo op on the White House Lawn is going to have a whole new meaning. They'll have to issue little plastic booties to all the dignitaries.

When they discuss "the Dogs of War" in the situation room, they won't be using a metaphor.

They'll be so many dogs at the White House, that when they sit around the house, they'll actually ... Sit. Around. The. House. 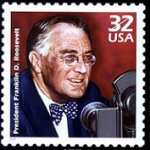 At the White House, you won't be able to swing a dead cat without hitting a dog.

Dog Day Afternoon will run well into evening. Of the next day!

Fallah, Checkers, the rest of them. They will be chasing their tails in the grave!

Have I missed any metaphors?

As soon as it was released, he started getting crates of oranges in the mail. He didn't want oranges. They were going bad before he could eat them. No, what he wanted was a pink Cadillac, so that's what he named his next album. He didn't get any pink Cadillacs. The following album was "Storm Windows" and he didn't get any of those either.

I don't think I would worry too much about dogs being mailed to the O'Bamas at 1600 Penn.

How many dogs does it take to screw in a light bulb?

Border Collie: Just one. And I'll replace any wiring that's not up to code.

You don't actually touch the stamps, do you? Don't you hold them with tweezers so your finger oils don't get on them?

It is amazing you know someone with this connection. That seems like generations ago.

He also has his arm all over the stamps in that album. They will get all wrinkled up.

You're overreacting. A lot of state leaders have dogs, there's nothing wrong with it.

People generally understand that one (or two) dogs are quite enough.

Alex: I think the point here was that people from around the world would be sending Obama dogs!

Interesting story, but I can't imagine people unloading dogs at Obama's steps. But if he can raise the stature of the thousands of mutts at the local animal shelters he will have achieved a small victory for us and the dogs...

Then again who knows...the country acts in strange ways sometimes...so you might be onto something.

And what happens when Obama favours one dog breed over another? Imagine the outrage when he settles on a foreign breed of dog over one of the fine American breeds? What then, I say. What then?

They got a porty that apparently can't swim. That's unique.

Imagine the outrage when he settles on a foreign breed of dog over one of the fine American breeds?