By tsaunders on March 24, 2010.
Over the next few months, Peter and I will be re-posting some of our favourite posts from our Obesity Panacea archives.  The following article was originally posted on December 2, 2009. 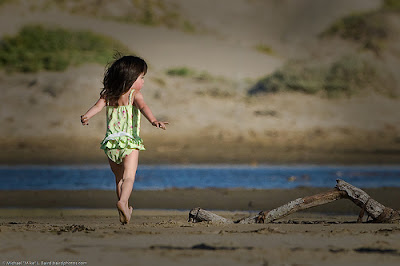 There is a surprising amount of controversy about the ability of physical activity to prevent the development of obesity. Sure, obese individuals tend to perform less physical activity than their lean counterparts, but that doesn't prove causation. And almost every week it seems that there is a news story reporting that the obesity epidemic is caused by diet. Period. If you believe these articles, physical activity plays a minor role, if any role at all. Some have even (erroneously) suggested that physical activity increases the risk of weight gain (for a thorough debunking of a recent TIME article on this subject, click here).

One of the problems of trying to untangle the role of physical activity in the development of obesity is that most studies use indirect measures of physical activity, like self-report questionnaires. Not surprisingly, there is a lot of error when people are reporting a socially-desirable behaviour like physical activity, as they tend to err on the positive side. And questionnaires also often give several fixed options, for example "Are you normally active for 15, 30, 45, or 60 minutes per day?". If you are active for 20 minutes per day, would you pick 15 or 30? Either way, it introduces a lot of error, which makes it very difficult to determine the specific role that your current physical activity levels play in the development of obesity down the road.

All of this brings me to a very interesting paper that has just been published in the British Medical Journal, which is available for free on the BMJ website. Author Chris Riddoch and colleagues asked 7159 12-year-old children to wear accelerometers for a full week. Accelerometers measure movement, and allow for the direct measurement of both the volume (minutes, hours, etc) and intensity (light, moderate, vigorous) of physical activity. This is the gold-standard for measuring physical activity, and a tremendous improvement over self-report questionnaires. They then had all of these participants come back to the lab at age 14, where they had their body fat mass directly measured using Dual Energy X-Ray Absorptiometry (also a gold-standard).

So, what is the take-home message? This well-designed study, with a HUGE sample size, clearly suggests that kids who are more active today have less fat mass tomorrow. That's certainly not a huge surprise, but it's an important finding, and one that directly counters the argument that physical activity is useless for obesity prevention. It also suggests that previous studies might not have seen any relationship between physical activity and obesity because their measures just weren't very sensitive. Traditional measures like body weight and self-reported physical activity are far less precise than those used in this study, and it makes sense that when we reduce the amount of error involved, we might get a clearer picture of what is truly going on (Not surprisingly, when the authors substituted body weight instead of directly measured fat mass in the present analysis, the relationships between physical activity and obesity diminished dramatically).

Even if you still don't buy that physical activity could reduce your risk (or your child's risk) of gaining excess fat mass down the road, keep in mind that irrespective of body weight, increased physical activity is associated with dramatically lower risk of just about every chronic disease there is. Just a few more reasons to work a bit of physical activity into your day!

Painting lines on the playground - easiest physical activity intervention. EVER.

Image by Duchamp. In most developed nations, kids get far less physical activity than they did just a few generations ago.  Given the strong links between physical inactivity and health risk (and given that we're now seeing "adult" diseases like heart disease and type 2 diabetes in children…

Photo by pugetsoundphotowalks. Regardless of your shape or size, physical activity has been shown to add years to your life, and life to your years. But believe it or not, the benefits of physical activity are not restricted to exercise performed in the gym. In fact, one of the easiest ways to…

As Travis Saunders has explained, evidence is accumulating about the unhealthy effects of excessive sedentary time. This isn't just because sitting burns fewer calories than walking or standing, but because sedentary behavior is associated with changes in triglyceride uptake, HDL cholesterol, and…

BlogCast: How Useful is Self-Report?

If you're a regular reader of Peter and Travis's blog, Obesity Panacea, you may have heard one of their semi-regular blogcasts. Well, since Peter is traveling the world (read about it here), Travis asked me to join him for a blogcast. While discussing topics that we could discuss, a sent a few…

Hi Travis,
I was wondering what your policy on republication is? I am interested in republishing this article on psnews.com.au - we are an online site for Australian Public Servants. We have over 50,000 subscribers who receive our publication each week.
Would it be ok to republish? We would attribute the article to yourself and Peter and provide a link to scienceblogs.
Please let me know by sending me an email: features@psnews.com.au as soon as practicable as our next edition goes online in a few days.
Thank you.
Kind regards,
Alycia

What were the gender breakdowns? I'm just thinking that 12-14 is the age when a lot of girls start to develop "womanly fat"--i.e., hips, breasts. And, also, it's the age when many girls are likely to start decreasing their physical activity (for various reasons, including peer pressure, societal expectations, and bodily changes that can be awkward and/or embarrassing). At the same time, it's an age when boys start to be able to develop more muscle mass (b/c they have more testosterone), and are also more likely to be physically active (again, for peer pressure and societal reasons).

Basically, I'm wondering how much of the extra fat mass for the less-physically-active kids can be attributed to those kids being female. If they're disproportionately female, then that extra fat mass might not necessarily indicate anything about their lifestyle--simply that they've started to develop a womanly shape.

I'm always surprised how little physical activity the average kid engages in nowadays. When I was in elementary school (early 1960's) we had two recess periods, one of which lasted 40 minutes. On the school field we often played serious team sports. We expended a lot of energy; this encouraged social interaction and made learning easier. After school, we often played street baseball for two hours (there was less traffic in those days). Obesity was virtually non-existent.

Good question, Kate. In the study they did their actual analyses for each gender separately (they were pretty similar, so I reported them together in the post). Here is the info for each gender, taken from the study abstract:

I heard about a study on the news this morning that said that adults with a healthy BMI need to exercise at least an hour a day to maintain their weight long-term. Because this was on a basic news show, I don't fully trust their interpretation of the data, but nor could I follow links to investigate it. Have you heard of this study, and can you explain what it really means?

I'm not aware of it off the top of my head, but I'll keep my eyes open - it sounds like a nice topic for a future post. If you come across any news stories about it online, please pass it along.

Here's the text from a press release at Physicians First Watch:

Patients may ask about a widely reported JAMA study suggesting that 1 hour of moderate exercise daily is needed to prevent weight gain in middle-aged women.

Roughly 34,000 women (mean age at enrollment, 54) in the Women's Health Study answered questionnaires about their weight and exercise habits at baseline and periodically over 13 years' follow-up.

After adjusting for reported diet at baseline, researchers found that over any 3-year period, women who exercised <150 minutes weekly or 150 to <420 minutes weekly were, respectively, 11% and 7% more likely to gain 2.3 kg (5 lb.), compared with women who exercised â¥420 minutes a week.
The authors point out that the association was observed only among women with a body-mass index less than 25, noting that "among heavier women, there was no relation, emphasizing the importance of controlling caloric intake for weight maintenance in this group."

Subscription required, so this link may not work.
http://jama.ama-assn.org/cgi/content/short/303/12/1173?home

Conclusions: "Among women consuming a usual diet, physical activity was associated with less weight gain only among women whose BMI was lower than 25. Women successful in maintaining normal weight and gaining fewer than 2.3 kg over 13 years averaged approximately 60 minutes a day of moderate-intensity activity throughout the study."

Terrific, thanks Todd and Nora!

I'm suddenly much more happy that my parents forced me to play on a sports team during most of the year as a child even though I didn't really want to... And it makes me curious just to what extent I owe that for the shape I'm in today.