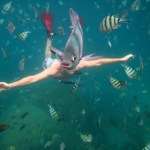 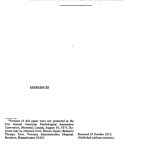 omnibrain | December 5, 2010
Enjoy this article. It's some thrilling reading! Brilliant! -via... well I'm not really sure what this is- 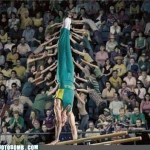 How to support a gymnast 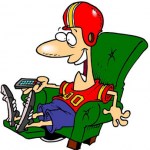 Who's smarter - You or an NFL quarterback?

omnibrain | December 2, 2010
Find out right here via the Christian Science Monitor: For many years, the National Football League has given the Wonderlic aptitude test to rookie players. The test has 50 questions with a 12-minute time limit. Put three minutes on the clock and try our shortened version of the test, created with sample questions from espn.com and testprepreview.com. Multiply the number of right answers you get by 3.85 to compare with full test results. Can you do better than NFL quarterbacks Aaron Rodgers (35) or Tom Brady (33) or Peyton Manning (28)? The average NFL quarterback scores 24 on the test,… 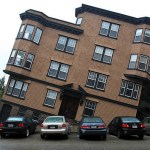 An odd view of San Francisco

omnibrain | December 2, 2010
This (I guess?) accidental view of a San Francisco house really shows how steep the hills are. -Via BoingBoing- "HÃ¥kan DahlstrÃ¶m got this delightful shot of one of San Francisco's steeper hills, turning his camera so that the road (and not the houses) were at level to convey the extent of the slope."

LSD in the military - a picture show.

omnibrain | December 2, 2010
It seems that there are some cool pictures/film floating around showing some of the results of the wacky shit that the military did back in the day in order to win wars in some very very unconventional ways. Here's something NPR dug up: The Army had a few periods of experimenting with LSD and other drugs. While not secret, these tests are not as well-known as some of the similar LSD tests conducted by the CIA, such as MK-ULTRA and Operation Paperclip, where the U.S. government recruited former Nazi scientists. This test, circa 1958, was conducted at Edgewood Arsenal in Maryland and was part… 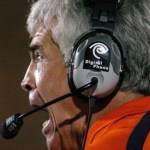 omnibrain | December 1, 2010
Just to get you ready for tomorrow's sports post (are you smarter than a quarterback?) Athletes' Experiences of the Psychological Effects of Poor Coaching The purpose of this study was to describe the psychological effects of poor coaching reported by collegiate, professional and semi-professional athletes. The present study employs a qualitative research design. Existential phenomenology is a contemporary qualitative research method that seeks to describe lived experience. This research design provided the framework for understanding athletes' effects of poor coaching. Participants (N=16)…

omnibrain | December 1, 2010
This group can build a 3D model from millions of flickr images from any city/location/public restroom. Amazing! Scholars at the University of North Carolina at Chapel Hill have developed a method for creating 3D models of pretty much anything in pretty much no time. Using a sexy algorithm and the millions of photographs available from Flickr, the team can create a sophisticated three-dimensional model on a single personal computer in under a day. Check out the video: 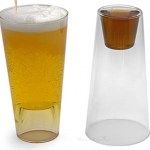 omnibrain | December 1, 2010
I love creative design. Here begins a new theme on Omni Brain. Do you only have a small cabinet and need to fit in as many drinking tools as possible? Do you want to get sticky booze all over your house? This is for you! -via gizmodo-

omnibrain | December 1, 2010
Maybe it's because I just had a stiff drink - but I absolutely love this thing. The art is cool, bicycles are great, and engineering for fun interests me. Maybe it's not the bourbon... -Via Neatorama- 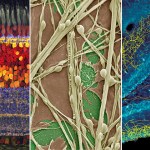 Beautiful pictures of the brain

omnibrain | November 30, 2010
The NYTimes has a great article, slide show and video with some phenomenal pictures of the brain. Well worth checking out. Enjoy! 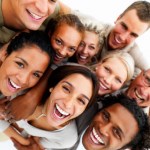 Only crazy people are happy

omnibrain | November 30, 2010
This guy has a very good point: J Med Ethics. 1992 Jun;18(2):94-8. A proposal to classify happiness as a psychiatric disorder. Bentall RP. Department of Clinical Psychology, Liverpool University. Abstract It is proposed that happiness be classified as a psychiatric disorder and be included in future editions of the major diagnostic manuals under the new name: major affective disorder, pleasant type. In a review of the relevant literature it is shown that happiness is statistically abnormal, consists of a discrete cluster of symptoms, is associated with a range of cognitive abnormalities, and…

omnibrain | November 30, 2010
I love accidental viewpoints. (I studied the opposite in graduate school - the optimum view). Check these out: Anyone care to speculate on what's actually going on? (answer & source here) 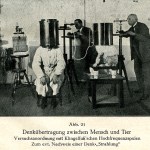 omnibrain | November 30, 2010
Unless dogs only have telepathy for knowing where not to pee in the house I don't know why anyone would assume they had it at all. Anyway, check this out from weirdexperiments.com: Just found this picture from around 1920. In this telepathy experiment between human and dog Karl Krall (on the right) tried to detect the thinking radiation he assumed to flow between the two. Krall was a rich dealer in diamonds who had founded his very own institute for paraphysical research in Munich. He had also taken care of the famous horse Clever Hans (who performed arithmetic in Berlin in 1904) after his… 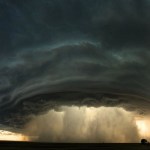 Why Omnibrain and Bad Astronomy are so different

omnibrain | November 29, 2010
Besides our blogs being about two very different topics I seem to have a much more crass interpretation of things. For example Phil says this "I don't want to live in a place where transdimensional spaceworms can appear in the sky and blast superheated steam straight down onto innocent earthlings." I see things very differently. This picture clearly shows an anus coming down from space and mega fart blasting Montana. I guess it doesn't really matter since neither one is very pleasant. 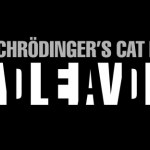 omnibrain | November 29, 2010
A great example of 'figure-ground' (Via a scienceblogger I didn't know existed, I guess this is what happens when I stop blogging for a year +, oh and he seems to have a sweet sweet blog - so you should probably go over there, and on another related note check out the next blog post - or is it the previous blog post ; I guess it depends on how you look at it, oh and I refuse to use appropriate punctuation - bam!) Just in case you wan't to know what Gestalt Psychology is you can check out the Wikipedia article here. 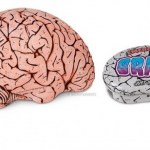 omnibrain | November 29, 2010
yes you. Or perhaps you've fallen off of your midlife crisis testosterone penis boat? This here inflatable brain could save your life. Order only if you are experiencing an actual emergency drowning situation. Alternatively you could buy this for me for XMas... if only you knew where to send it. 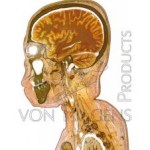 What ABSOLUTELY to buy on cyber monday: plastinated brainzzz

omnibrain | November 28, 2010
Jessica @ Bioephemera found some really great plastinated bull cocks and I have to agree with her on not buying them. But... I LOVE these brains! Too bad they're 1500 euros :/ 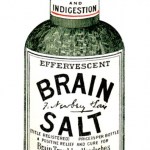 omnibrain | November 28, 2010
I don't usually post anything about "that kind" of psychology but I loved these: (via Dangerous Minds & their creator - Matthew Wilkinson)
Advertisment