The folks on the Hold Steady fan board arranged a Mix CD exchange recently, and I agreed to take part, putting together a playlist of stuff and sending off a bunch of electronic files a couple of weeks ago (I don't know if the drive on my desktop can even burn CD's any more, even if I had blank CD's on which to burn songs). As there's basically zero overlap between there and here, it's probably safe to share the track list.

The title I used for it was "Bright Lights and Up-Tempo Tracks," a reference to this Hold Steady song:

(Including this on the actual playlist would be a little too obvious...). The vague organizing principle behind this was "Hold Steady characters and situations in songs by other artists"-- a lot of drinking and drugs, obviously, but Craig Finn also has a great way with character sketches, so some of these are selected because they remind me of that. This also deliberately skews a little obscure even by the standards of my playlists, because it was headed for one of a bunch of people who are way more involved with music than I have time to be. I thought about trying to find YouTube links for all these songs, but I did a spot check of the most obscure, and it's not out there, so there's no way to get the complete set.

So, the songs, and a brief explanation of why I thought they fit:

The "cover art" up top (reproduced below for the RSS crowd) is, of course, from this classic song by SteelyKid and The Pip:

Because, really, you can't expect me not to work in a cute-kid reference somewhere...

So, there's some fun musical stuff to enjoy at the end of a long and trying week. 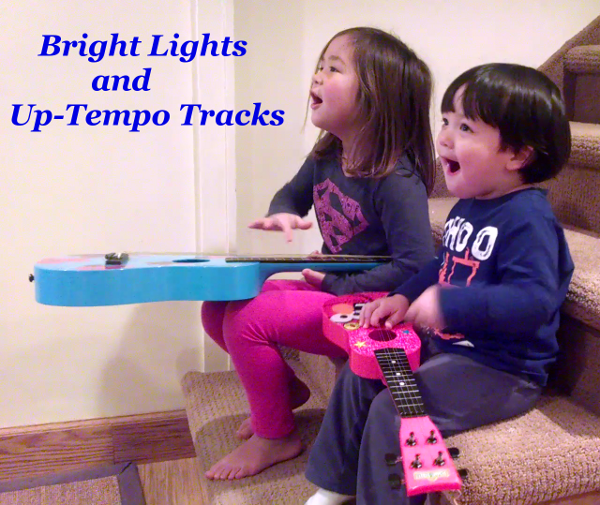 This went around a different corner of my social-media universe while I was off in Waterloo, away from my iTunes. I was curious about it, though, so looked at the contents of the "25 Most Played" playlist, and having done that, I might as well post them here (the number in parentheses is the number…

I've shifted the iTunes shuffle from the Christmas-music playlist over to the top-rated songs of the year playlist because, well, it's the time of year when anybody with any pretension of writing about pop culture does some sort of Top N list to wrap up the year. And, since I've got "pop culture"…

The Year in Music

It's that time of year again, when everybody who has the slightest interest in pop culture starts making "Year's Best" lists. I'm usually at a major disadvantage when it comes to this sort of thing, as I can never really remember when any particular album was released, and I buy a lot of stuff that…