The New and Improved Hubble in Brief

Yesterday, I linked to the Hubble Site, where they've got a collection of stunning new images taken using Hubble's new camera, the Wide-Field Camera 3: 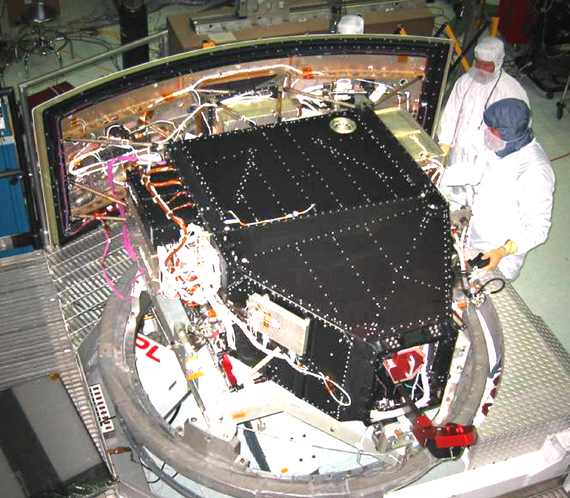 But why would you bother to go there? After all, you know that I'll just show you all the gorgeousness here! Hubble is an astounding telescope, because it's so good for viewing things that are both incredibly close and incredibly far. So here are the highlights!

First off, Hubble can take incredible pictures of our Solar System. Remember that Jupiter recently got hit by an asteroid? Take a look at the big black debris spot by the South Pole, and see it as Hubble sees it. (And click all images for the large -- but not super-large -- versions.) 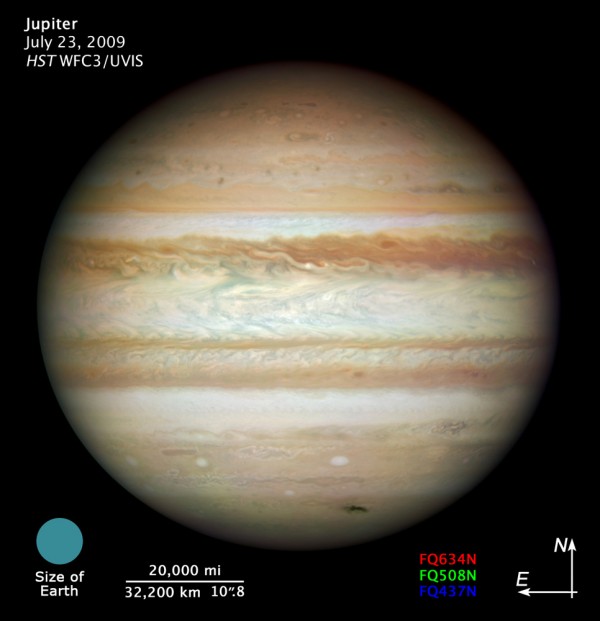 Second? Going out a little farther, into the stars nearest us, such as by the Carina nebula, we can see dusty, star-forming regions (thanks to the new infrared camera) along with the visible stars there! 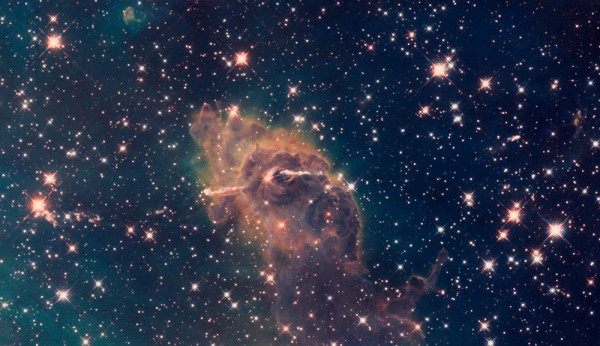 Prefer to look at a star that's recently gone supernova? Well, supernovae leave remnants behind, known as planetary nebulae. The dusty debris gets illuminated by all the light and heat from the explosion, and the "butterfly" shape shown here is spectacular. 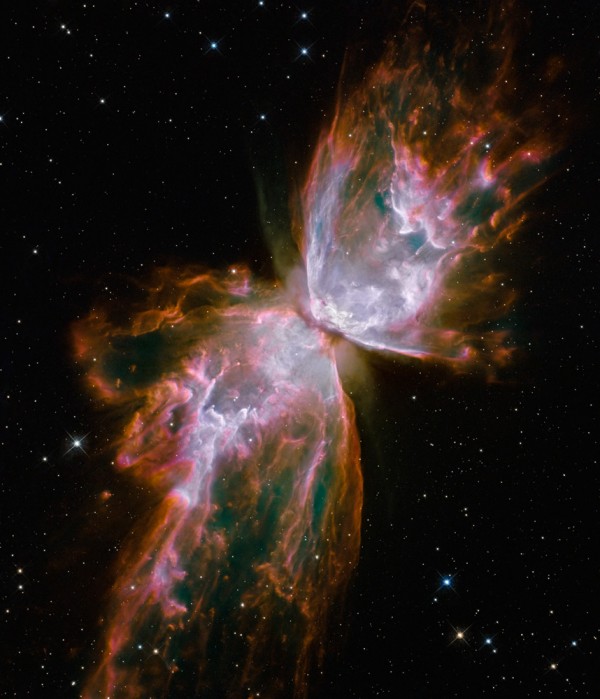 And moving out of our galaxy just a little bit? To the globular clusters that surround us? This collection of a few hundred thousand stars within just a few light years, Omega Centauri, has never been imaged to this accuracy, this quality, or with this resolution. But check out what Hubble has done! 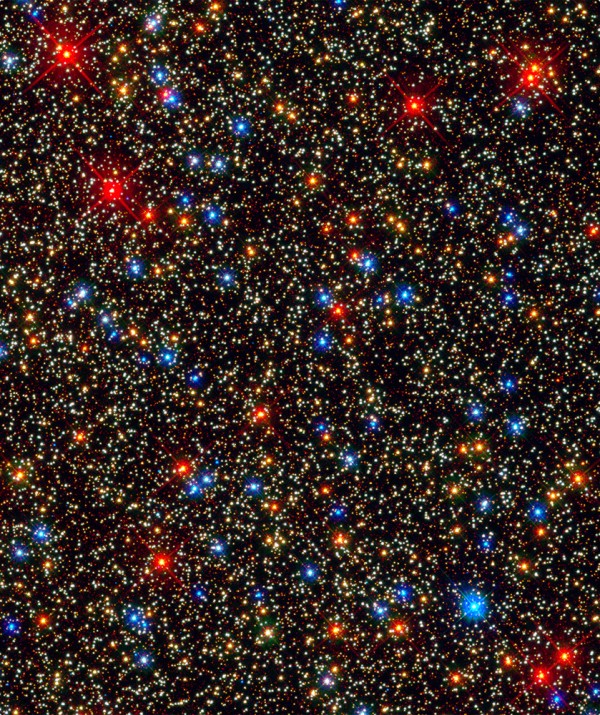 And sure, we can check out other galaxies, like Stephan's Quintet. And Hubble sends back pictures so convincing that you can immediately tell which galaxy of these doesn't belong! (It's actually 7 times closer than other others; can you tell which one it is?) 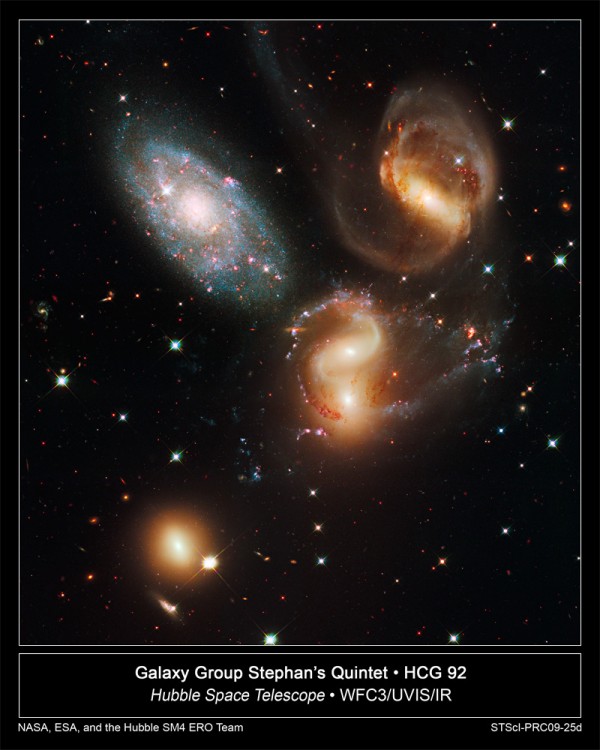 But if we want to go very far away, even clusters of distant galaxies are no problem for Hubble. Check out what cluster Abell 370 looks like with the newly repaired Advanced Camera for Surveys! 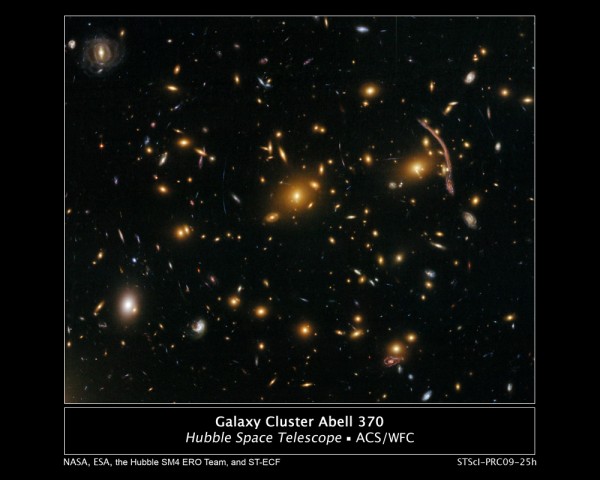 And if you really want more, or the super hi-res versions, go here now. Otherwise, just enjoy the spectacular views!

Stupid question from a non-scientist:

In the image of Galaxy Cluster Abell 370, in the upper right part of the image (just up and to the left of the spiral galaxy in the middle right of the image), there is what appears to be a spiral galaxy with an ENORMOUS tail, almost comet-like. What is up with that? Is it just lensing from all the galaxies around it? It looks really neat, and I'm sure it has some mundane explanation, but I want to know.

Thanks in advance for your answer :)

From the Hubble web site:

"Abell 370 is one of the very first galaxy clusters where astronomers observed the phenomenon of gravitational lensing, where the warping of space by the cluster's gravitational field distorts the light from galaxies lying far behind it. This is manifested as arcs and streaks in the picture, which are the stretched images of background galaxies."

I really hope they're planning to do another Ultra-Super-Duper-Deep Field, because those are pretty neat. Well, actually, all Hubble pictures are totally awesome, but you know what I mean.

phreack: yes, that's due to gravitational lensing. I'm not exactly sure, but I think quite a few of the galaxies in the picture appear duplicated and warped from lensing. You'll notice several similar-looking streaks if you look closely.

Ooops... No, they don't. Plaetary nebulae are not related to supernovae.

Mr. T, they are planning on doing another super-ultra deep field. You'll have to wait awhile, but yes, they're definitely planning it.

Andre, you're right! Planetary nebulae result from stars that don't go supernova; when a star goes supernova, the remnant it leaves behind is called a "supernova remnant", not to be confused with the planetary nebulae. And here I've gone and confused them! Thanks for the clarification.

I would have said that it is the "bluish" galaxy that is closest to us than the other three "orangyish" ones in Stephan's quintet (doesn't quintet mean five?).

I had the thought that it might have been lensing, but had discounted it because the galaxy with the huge tail looks to be more detailed in the photo, and the galaxies around it are all just white blobs, so I assumed that would mean that they're probably further away than the one that's all distorted looking. Are those formless white blobs actually closer to us than the somewhat detailed reddish galaxy?

sorry for double posting, but I think I may have answered my own question by describing the lensed galaxy as reddish...heh...more redshift = further away?

Ethan, sometime in the next few months after more new Hubble pics come back, can you make a post comparing old Hubble pics to ones taken with the new camera?

When I heard the learn’d astronomer
When the proofs, the figures, were ranged in columns before me,
When I was shown the charts and diagrams, to add, divide, and measure them,
When I sitting heard the astronomer where he lectured with much applause in the lecture-room,
How soon unaccountable I became tired and sick,
Till rising and gliding out I wander’d off by myself,
In the mystical moist night-air, and from time to time,
Look’d up in perfect silence at the stars.