"There is always a period when a man with a beard shaves it off. This period does not last. He returns headlong to his beard." -Jean Cocteau

Some traditions are older than we even know. Older than our great-grandparents, older than our countries, older even than the oldest songs and music we know of, which comes to you today courtesy of Planxty, the story of the 1580 defeat of the British at Glenmalure,

Follow Me Up To Carlow.
Even older than that is the tradition of facial hair. As far as I can tell, facial hair fell out of favor during World War I, when chemical warfare made it necessary to be clean shaven (except for a cropped mustache, which went out of style years later for obvious reasons) in order for the face to form an airtight seal with a gas mask.

Image credit: Stumptown Stache and Beard Collective, as below.

But in our era of relative peace and prosperity, we have the freedom and safety to once again express ourselves through the hair we grow on our face. And more recently, we even have contests that celebrate it!

So I am pleased to invite all of you to the second annual West Coast Beard and Mustache Championships, coming up on Saturday, January 21st, 2012, right here in Portland, OR! 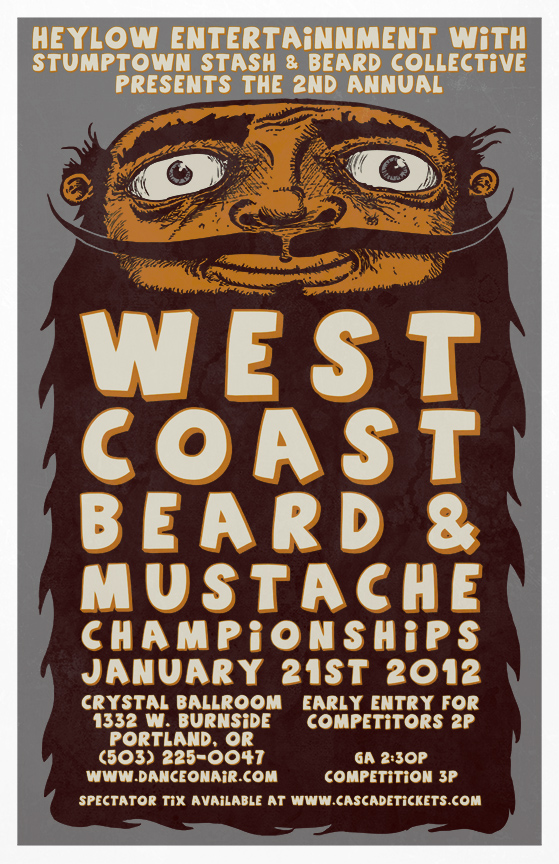 Come and compete (there are women's categories, too!) if you've got something to show off, or simply come as a spectator and enjoy the festivities! The sights and cast of characters you're likely to see there are well worth it! 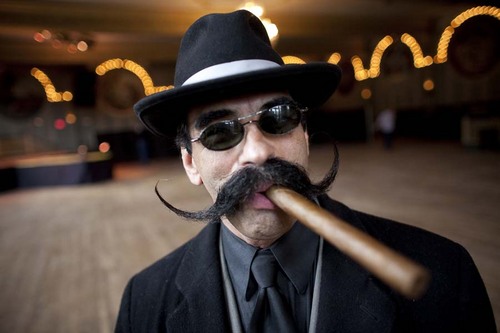 From amazing mustaches like Steve's, above, to "celebrity" sightings that you won't find anyplace else, this year's competition is shaping up to be even better than last year's. And seriously, last year brought us this: 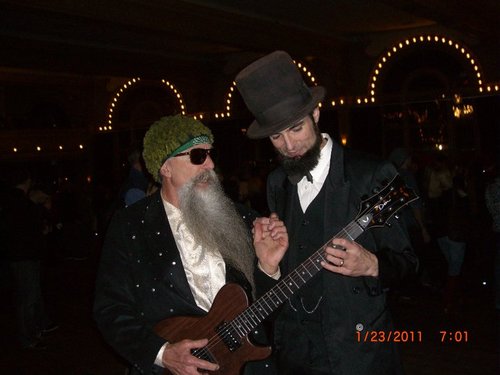 Even I got in on the action last year. Although I didn't make the podium in my category, I did manage to land a spot in episode 3 of IFC's Whisker Wars last year. 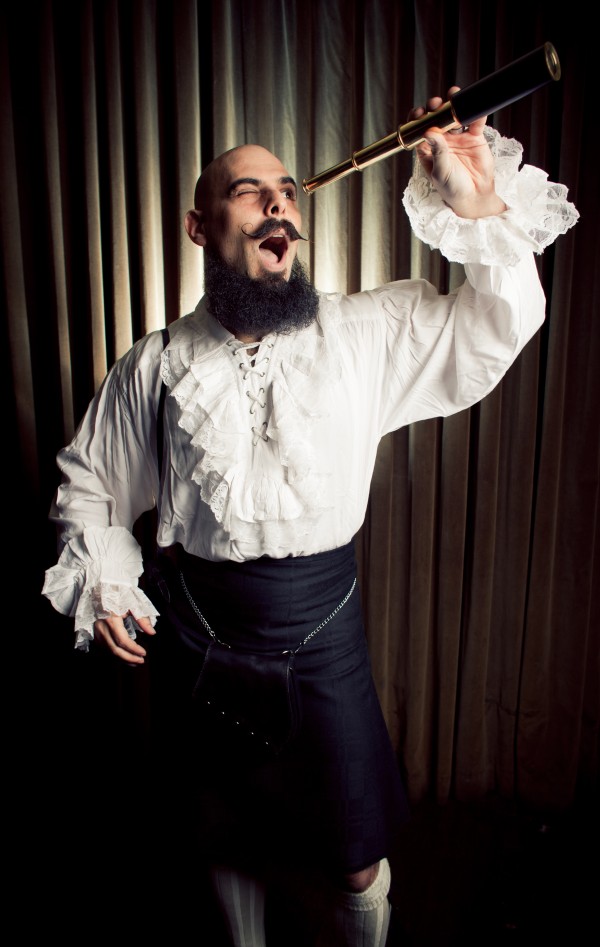 But I've had a whole extra year to prepare for this, both in terms of facial hair and in terms of style; you don't want to miss the spectacle I've created for this competition!

So get your tickets if you can make it (they may sell out, so get them in advance), come on by at 2:30 PM next Saturday, bring a camera and the kids (6 and under get in free), and enjoy the 2012 West Coast Beard and Mustache Championships! (Pics to come, assuredly, on facebook, google+ and twitter, and maybe here, too!)

Have a great weekend, and hopefully I'll see as many of you as possible on Saturday!

Have had my beard since October 1974. Don't plan on getting rid of it now. Enjoy the show.

I've never shaved my beard off so far, and I certainly don't intend to start now...

As far as I can tell, facial hair fell out of favor during World War I, when chemical warfare made it necessary to be clean shaven

Beards started going out slightly earlier than that. For example, no President has sported a beard since, I think, Benjamin Harrison in the late 1880s. For sure Teddy didn't have one in 1901, and no President since him either. (Except, wikipedia tells me, Truman grew one while on vacation.)

The invention of the safety razor almost certainly was a cause (maybe not the only one, but an important one). The 1880 version still needed to be cleaned and sharpened after use, but 1901 saw introduction of the disposables, giving your average middle-class guy a cheap, fast, and practical way to remain clean shaven where he didn't have one before.

Around the beginning of the 20th century, shaving became less like getting a haircut and more like washing your face in terms of cost, time, and skill required. So more guys did it.

And to add to what Eric said, it wasn't called the "safety" razor for nothing.

It was quite a real issue that cutting your face with a razor could lead to infection and death in a pre-antibiotics world. My father recalls one acquaintance who died this way as late as the 1950's.

Why do the people who think it is not OK for a woman to cover her face with a veil usually believe that it is perfectly OK for a man to cover his with facial hair. Either way, the face is not open to public scrutiny and meaning is lost in communications.