Why Do The Tiniest Galaxies Have The Most Dark Matter? (Synopsis)

“Men occasionally stumble over the truth, but most of them pick themselves up and hurry off as if nothing ever happened.” -Winston Churchill

When we look out at the Universe on the largest scales, from large-scale structure to the fluctuations in the CMB to lensed clusters of galaxies and to giant spirals and ellipticals, we find the same thing everywhere we look: dark matter outmasses normal matter by a 5-to-1 ratio. It's a finding that's independent of direction, scale or distance. 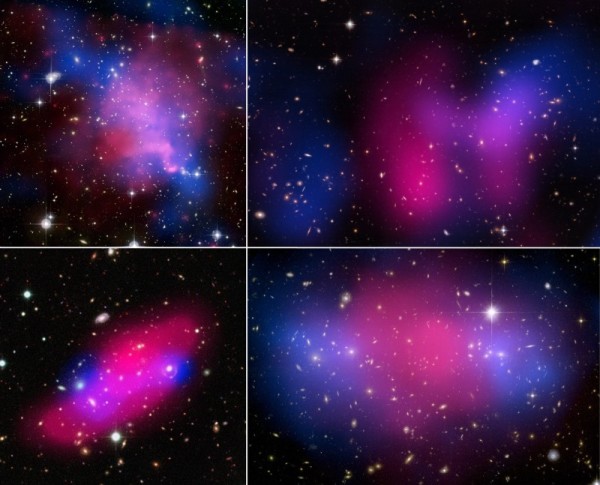 But when we go smaller, to tiny dwarf galaxies, we find that dark matter plays an even greater role, outmassing normal matter by factors of dozens, hundreds or even thousands-to-one. The tiniest galaxies somehow have the most dark matter, with the smallest galaxies of all containing only a few hundred low-mass stars yet nearly a million solar masses of dark matter. Yet this is no mystery; the physics of how normal matter gets ejected by star formation and other electromagnetic violence while dark matter is unaffected explains it all! 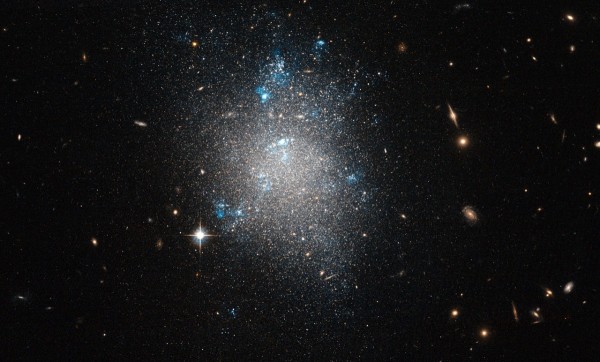 Go get the whole story over on Forbes.

A while back someone (apparently seriously) suggested that dark matter was the cause of some extreme weather effects such as tornadoes and hurricanes. As I understood it, he believed that cold dark matter lines the walls of the eyes of hurricanes and that similar concentrations of dark matter would be found inside tornadoes. Being cold, naturally, this would create a low pressure area that would be associated with these storms.

Now all the methods I can think of for heat transfer are basically electromagnetic. Since dark matter does not interact with electric or magnetic fields (hence, dark) this premise seems entirely implausible (or, more likely, whackaloons).

However - could there be significant energy transfer between dark matter and normal matter via gravitational means?

There's definitely "energy transfer" between dark and normal matter. That's why galaxies and clusters have motions higher than you'd expect just from the visible matter. However, what you're really asking about isn't "energy transfer," but rather "energy dissipation." Gravitational interactions are elastic, not dissipative, so the interaction between normal and dark matter doesn't result in heat transfer or changes of temperature.

Whackaloons. You’ve hit the nail right on the head.

M.O'B., however, has refrained from providing the full fragrance of the one in question. ISTR that he's popped by here; certainly at RI.

"the emerging picture of the dark matter halo of the Milky Way is dominantly lopsided in nature."

The smallest galaxies have the most dark matter because the faster the stars move the greater the displacement of the dark matter.

Well, that was a load of hogwash, Ben. Meant bugger all, but it used a hell of a lot of words to disguise that fact.

I don't think this works because the corollaries are
- all small galaxies below some threshold, T, have the same dark matter mass, DMr, as one another respectively
- DMr = 5/4*T (assuming 4 parts DM to 1 part baryonic mass the dominant ratio above threshold T)

the second corollary should have been T = 5/4DMr