What was the biggest storm in our Solar System's history? (Synopsis)

"More days to come / new places to go
I've got to leave / it's time for a show
Here I am / Rock you like a hurricane!" -The Scorpions

On Earth, category 5 hurricanes cause devastation wherever they make landfall, bringing sustained winds, rain, destruction and -- in many cases -- casualties. But despite how strong and massive these storms can be, they're just peanuts compared to what happens on our Solar System's gas giants. 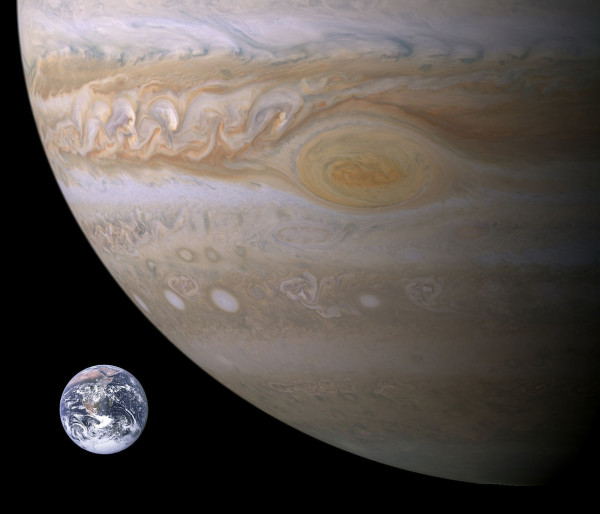 Jupiter's great red spot (from Cassini, imaged in 2000) and Earth (imaged from Apollo 17 in 1972), shown together for size comparison. Image credit: NASA / Brian0918 at English Wikipedia.

While Saturn's north pole and Jupiter's great red spot are powerful, sustained storms that are far larger than anything found on our world, a world-encircling storm on Saturn that raged for over 200 days from 2010-2011 broke all the records. At its grandest, it was large enough to contain 10-to-12 Earths. 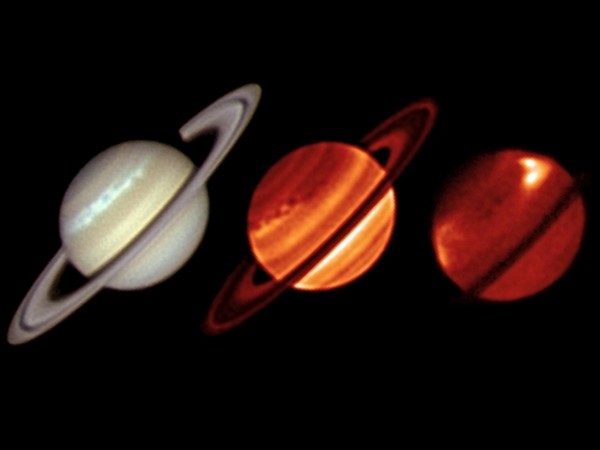 Go get the full story -- and learn when that record might be broken -- on today's Mostly Mute Monday!

You need to stop driving your SUVs and abandon capitalism right now. I mean it. All of the CO2 being generated by mankind's filthy machines has reached a climate change tipping point and is causing the biggest storms ever seen in the 4+ billion years of the solar system. That storm on Saturn was unprecedented. Be the change and do it now so that we can leave a solar system to our kids that is better than the one we got. If we stay on this path the planets will be all swirly and that would be all of our shame.

Denier,
Obviously you are being facetious, but you raise a valid point. The climate change community feels that the science has been decided. It hasn't. More importantly the kool-aid drinkers downing the supposed science will blame everything on global warming. I remember a few years back that ABC ran with this story of a supposed scientist that claimed that global warming would lead to more violent earthquakes. He was a world renowned quack, but the MSM doesn't care about the credentials- just as long as the sound bite fits with their agenda. I've often wondered that if pollsters questioned the world population if perhaps that CO2 release is the cause of all sorts of calamities throughout the universe. My guess is that many would answer yes.

So, everything we do on our home planet is going to affect the rest of our solar system ??? Pshawww ..... discussion was on the biggest storm in the solar system. Back to reality.
:)

I was looking at Saturn during that time.

I wondered what it was...

"The climate change community feels that the science has been decided."

In what way is it not?

"with this story of a supposed scientist that claimed that global warming would lead to more violent earthquakes. He was a world renowned quack, but the MSM doesn’t care about the credentials-"

Neither did they care about the quack credentials of Tony Watts, Christopher Monckfish, or any of the other lunatics running the asylum over at denier central.

But they're given even more prominence than that one report of a "quack" that you were so butthurt about (but not enough to remember who what or why).

Never a peep from you, was there.

I guess only quacks you agree with must be heard, right? That's the only "balance" you'll accept.

Deniers. Bunchafuggingloons the lot of them.