Soufriere Hills might not be done with the dome just yet

After nearly a year and a half of little lava dome growth at Soufriere Hills in the West Indies, this past July 26th, the volcano erupted new dome material. Why do I remind us of this, you ask? Well, the Scientific Advisory Committee at Montserrat feel that the dome growth might be restarting in earnest:

Since August, any new supply of lava has been minimal. Thus while there is evidence that the eighteen-month long pause in lava dome growth may be coming to an end, it has not happened yet.

The most troubling event, in their minds, is the new activity at the Gages Wall vent, which means that new dome growth might be possible further west into the Gages Valley (marked green on the map below. The upshot? Plymouth will be put into much greater danger of pyroclastic flows produced by dome collapses. Most of the pyroclastic flows travel to the north and south of Soufriere Hills' summit, so a change in the dome to focus down the Gages Valley would change the hazard prediction game quite a bit at Soufriere Hills. 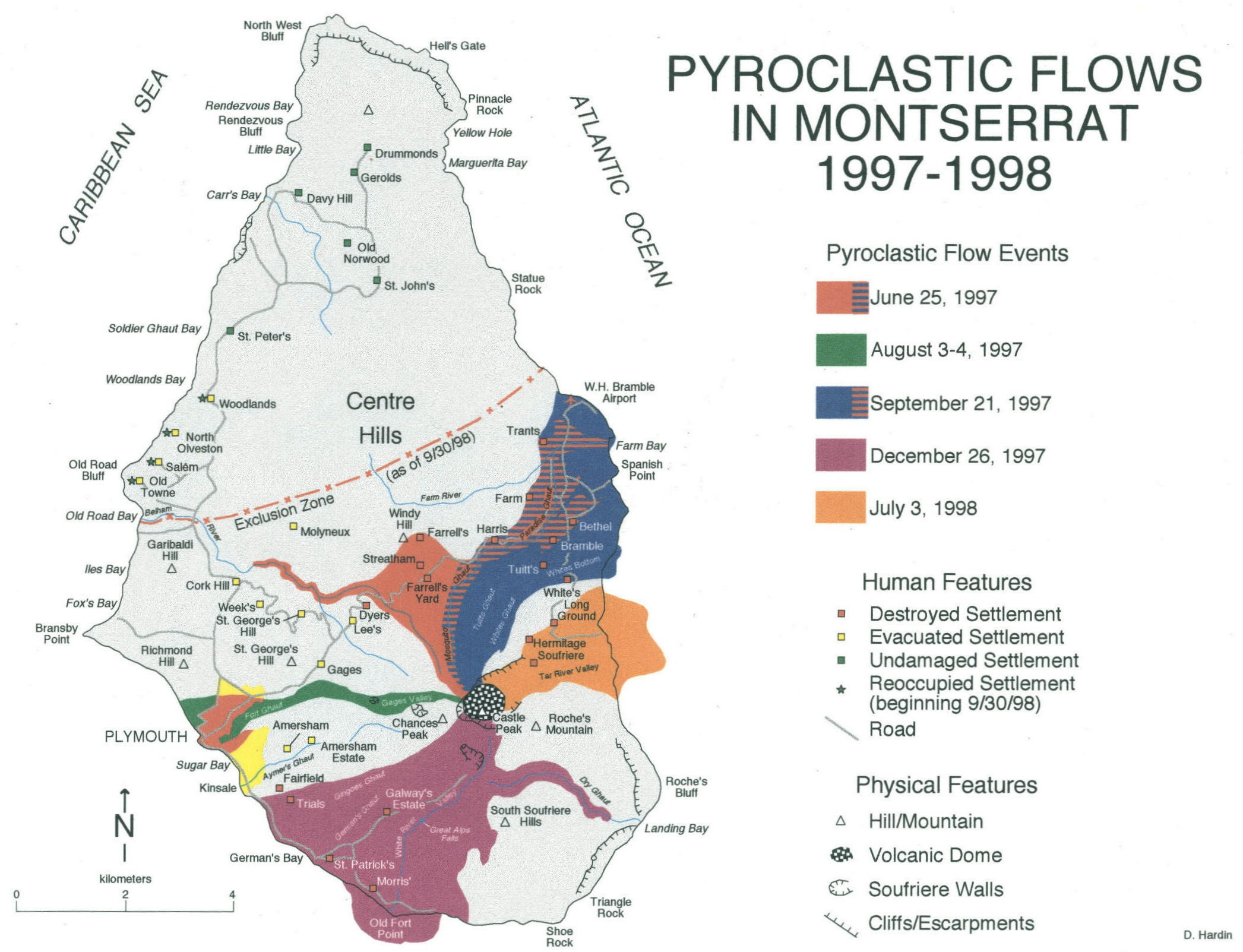 HI ^^
im from chile and i always see your blog.
i love it, and im always informed about any event in the world.
Im 17 years old and i want to study geology (=
well, i wanted to ask u some information about this carreer in USA, besides
more information about chaiten, i thought u were going to inform about its last increases

its nice to talk to u
=) and continue with the blog

im sorry about my english if u dont understand it
:D