Having picked up a new phone last week, it seems sort of appropriate to give a photo-a-day to a picture taken with that phone, as a kind of test. Also, I realized while on the way to SteelyKid's taekwondo class that I had forgotten to take any photos with the good camera, and wanted some insurance.

So, here's a shot of the very early crescent moon just after sunset, taken from the parking lot at Panera where we got dinner before class. 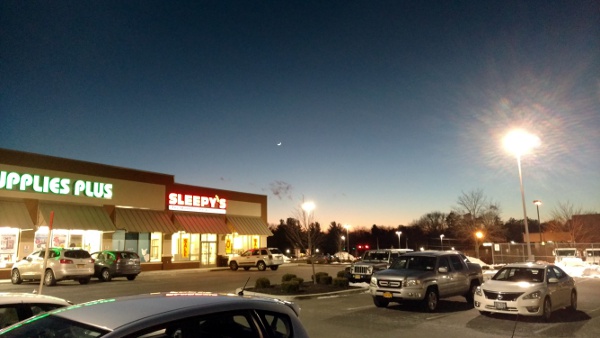 Crescent moon just after sunset, taken with my new phone.

Which, you know, isn't too bad, given the kind of difficult lighting conditions. This is, of course, scaled way down from the original image file; here's a zoom in on just the moon at the original resolution: 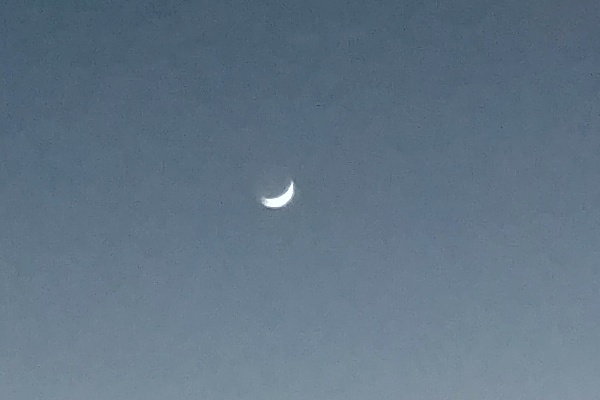 The crescent moon, shot with my new phone.

For comparison, here's the moon from about a week ago with the 50mm lens on the DSLR: 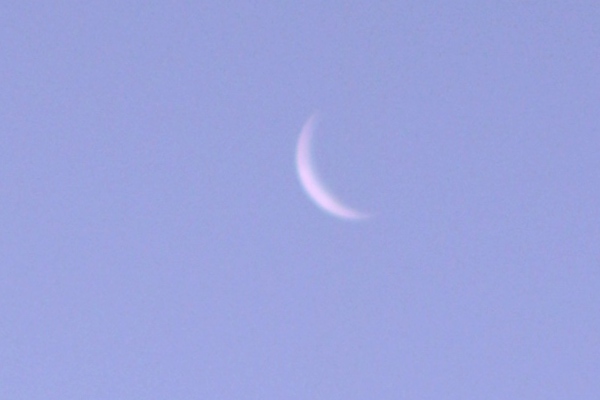 The crescent moon shot with the good camera.

Not exactly a perfectly fair comparison, of course, but kind of cool to see them side-by-side. Also, note the difference in phases-- the good camera picture was taken just after sunrise, so the lit portion is down and to the left (toward the rising sun), while the phone picture was just after sunset, putting the lit portion down and to the right (toward the setting sun). Unless I'm secretly in the Southern Hemisphere and bullshitting you about the dates of the photos for obscure reasons.