A bunch of stuff happened that knocked me out of the habit of editing and posting photos-- computer issues, travel, catching up on work missed because of travel, and a couple of bouts with a stomach bug the kids brought home. I have been taking pictures, though, and will make an attempt to catch up. Given the huge delay, though, I'm going to drop the pretense of doing one photo a day, and do the right number, but grouped more thematically.

This span included Easter, which meant a lot of family time, which means photos of the kids doing stuff. So here's a big group of those. 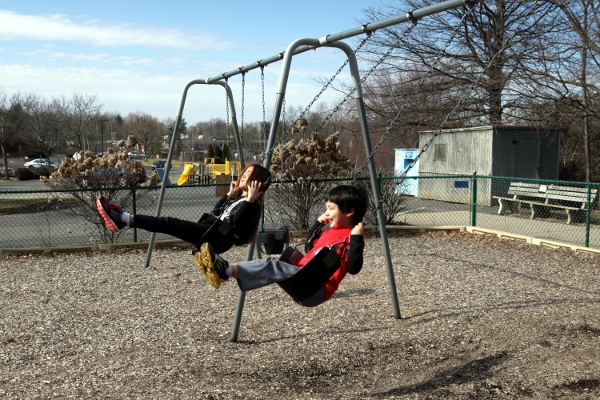 This is on the playground at the JCC; SteelyKid is dressed as a ninja because we were there for the Purim carnival (which the kids decided they wanted nothing to do with...). 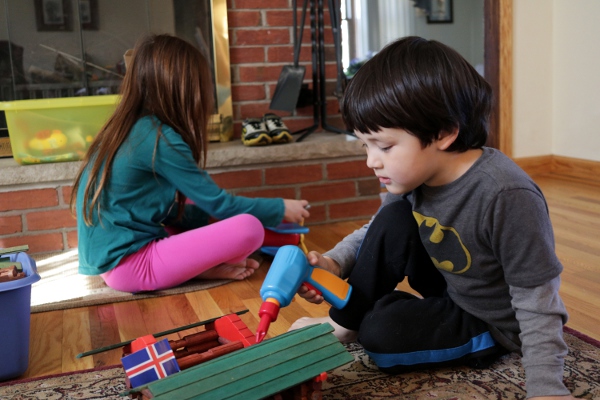 My parents have a mix of old and new toys at the house for the kids to play with, which is why The Pip is using a power drill to build a house with Lincoln Logs. SteelyKid is assembling the plane that the drill actually goes with. 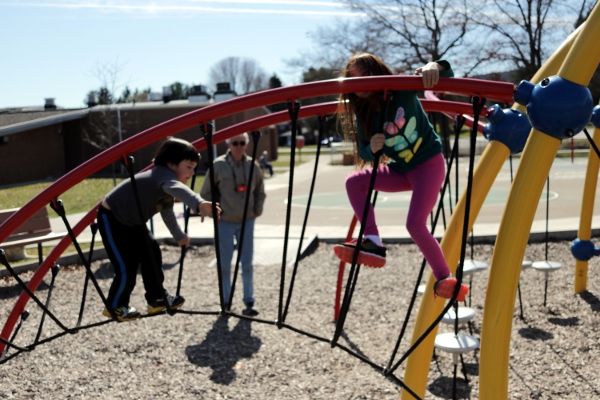 Climbing on the Adams building playground. 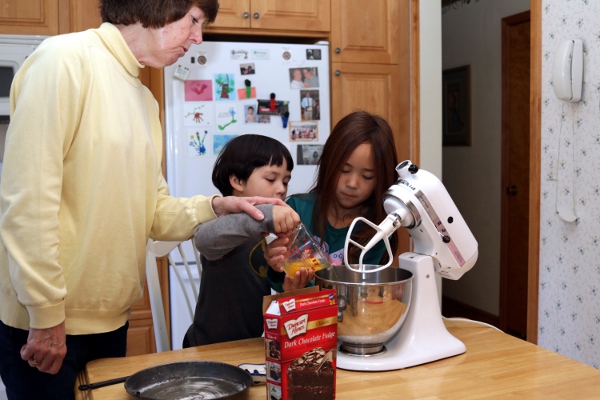 Wouldn't be Easter without a bunny-shaped cake. 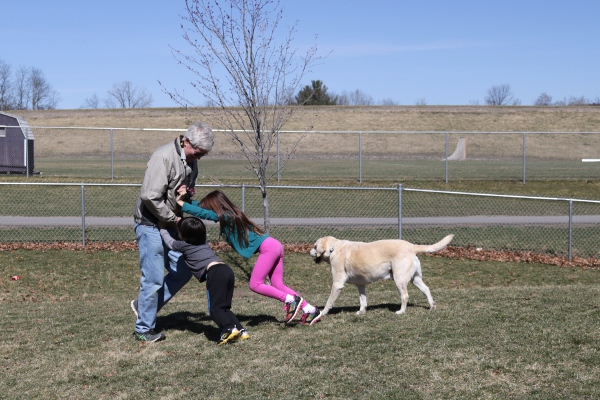 Teaming up against Grandpa.

It's a little hard to see the "hill" in this, but they were very determined to keep Grandpa from reaching the top of it. 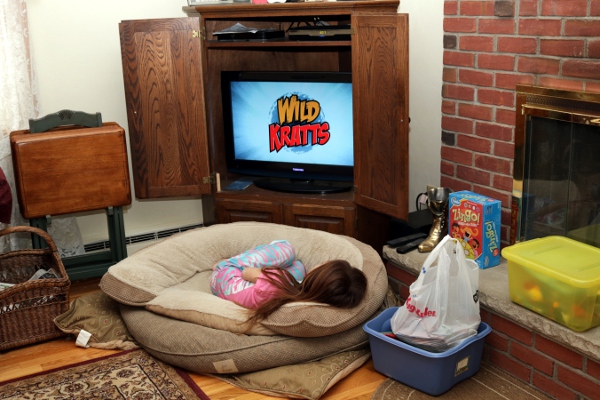 Watching tv from the dog's bed.

This is SteelyKid's preferred location for watching television at my parents', and she needs to be told to back up about six times a day. 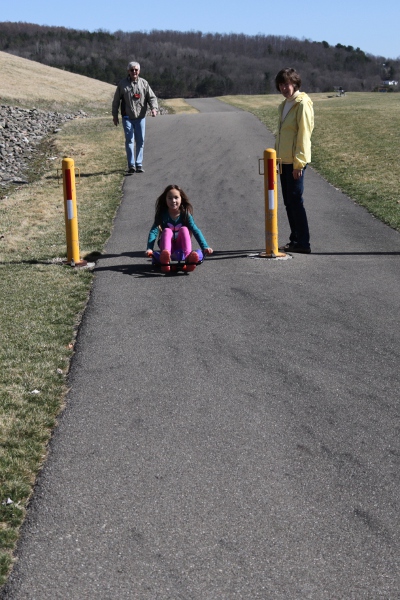 SteelyKid riding her physics demonstration on the bike path. 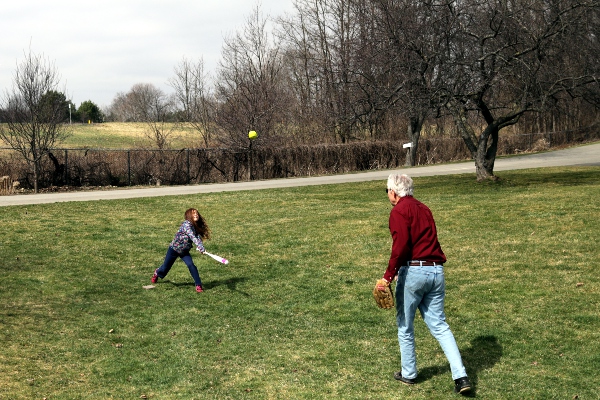 SteelyKid's going to be playing rec softball this spring (starting in a couple of weeks), so my parents got her some gear for Easter. She's got a really good eye, and can get a bat on just about any pitch. 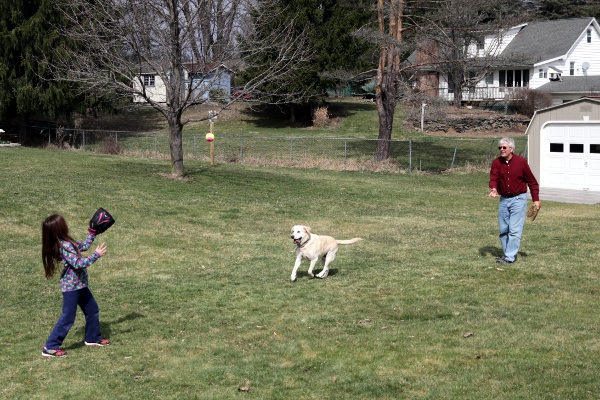 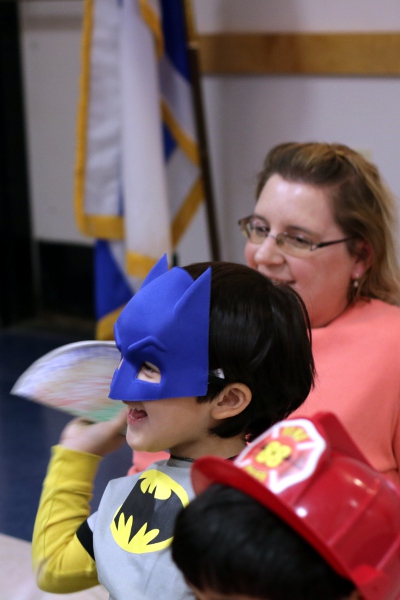 I went to see the Purim costume parade at the JCC day care, where they did a dramatic reading of the Purim story. Apparently it's traditional to boo and shake noisemakers whenever the bad king in the story gets mentioned, which The Pip really enjoyed. 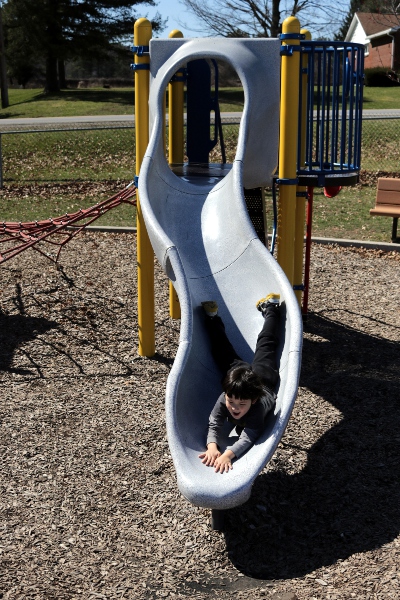 This is totally safe, I'm sure.

Our Little Dude can be pretty daring. 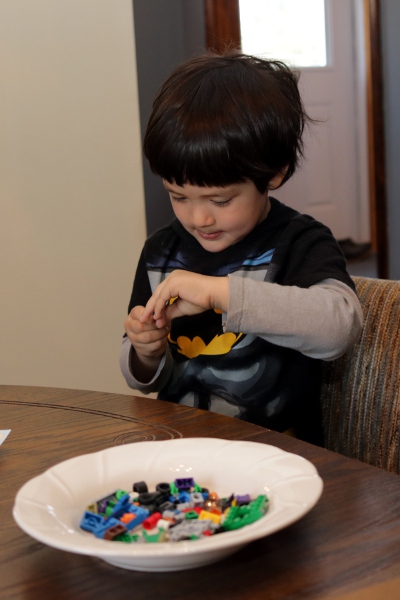 The kids both got Lego sets for Easter, and The Pip worked very hard to assemble his little Spider-Man set. 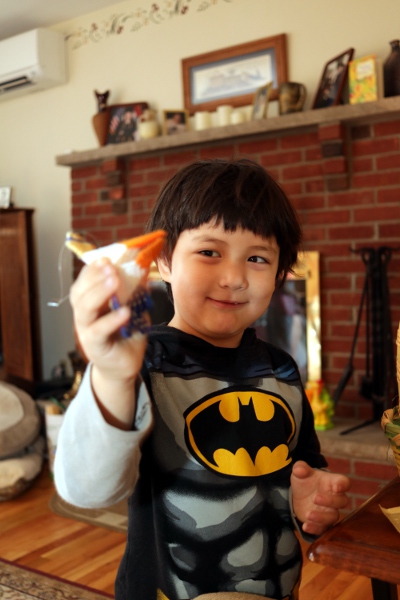 The Pip has developed quite the array of skeptical facial expressions, probably because of my habit of deliberately getting things wrong. These are kind of hard to get on camera, but I like his look here. 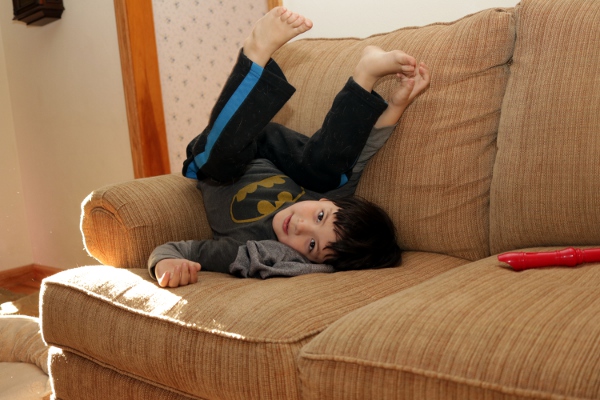 Wave your legs in the air like you just don't care.

Sometimes, you just need to sit on your head. 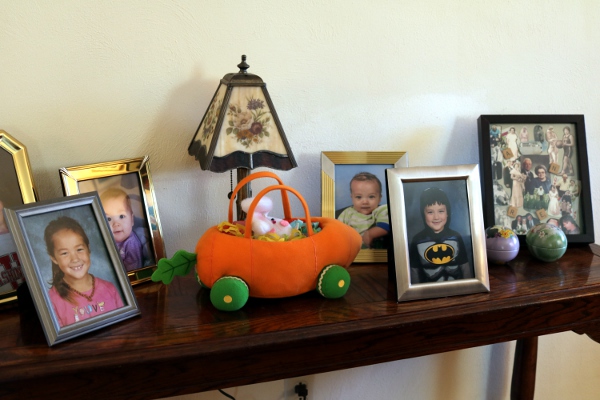 The photo shelf in my parent's living room, with school pictures of the kids.

Also the "featured image" up top, this is the photo shelf in my parents' living room, with both the first school pictures the kids got taken, and the most recent of their school pictures. The Pip is very pleased with his Batman hoodie.

And that's about half of the pictures I need to get caught up, in terms of numbers, so the next photo-dump post will be devoted to non-kid pictures.

> she needs to be told to back up about six times a day.

Could there be a vision issue?

I don't think it's a vision thing. She just likes lying in the dog bed.