Getting caught up to today, a bunch of pictures from the past week (250/366 was the photo of Emmy's memorial shrub): 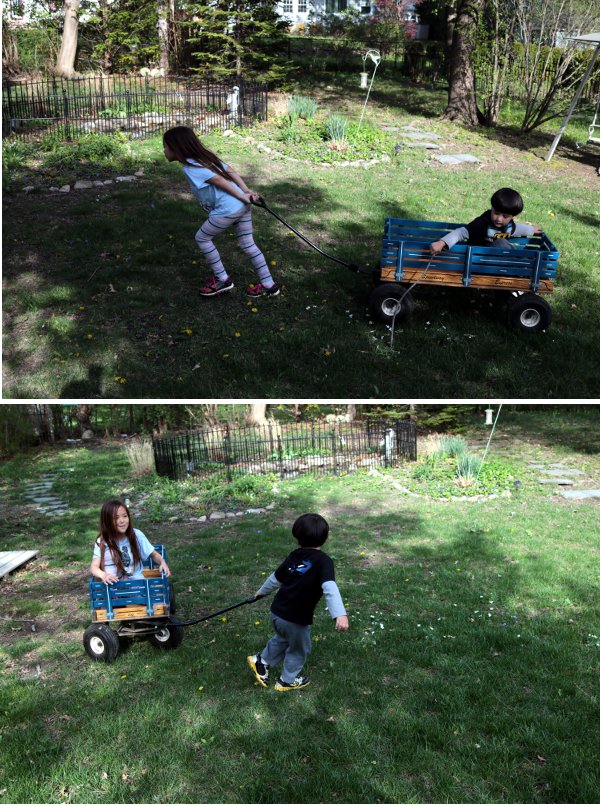 SteelyKid and The Pip taking turns pulling each other in their wagon.

Last weekend we had gorgeous spring weather, so the kids were playing outside a bunch. They ended up getting out the wooden wagon SteelyKid got for her birthday some years back, and giving each other rides. This inevitably resulted in me being asked to tow them around the neighborhood, but they did return the favor... 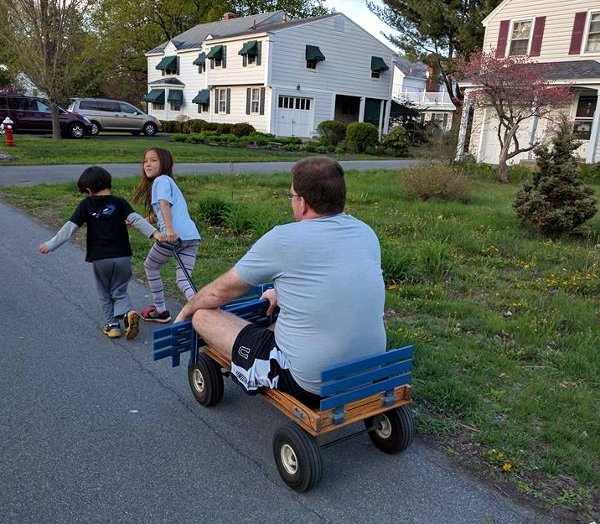 SteelyKid and The Pip pulling me on a wagon.

(Photo by Kate.) They're very strong. 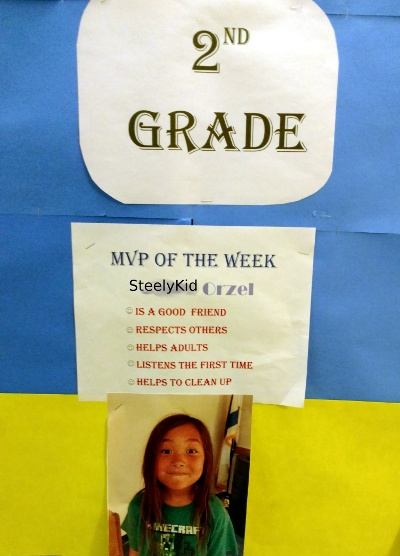 SteelyKid's MVP of the Week poster.

Just a cell-phone snap of a display in the hall at the JCC, so not a great picture. It does, however, commemorate two things: 1) SteelyKid being honored for being a good kid at her after-school program, and 2) the bug-eyed face she's doing when asked to smile for a picture these days. This is entirely deliberate on her part, for the record-- she knows it's a goofy face, and delights in making it whenever anybody tries to take a picture. 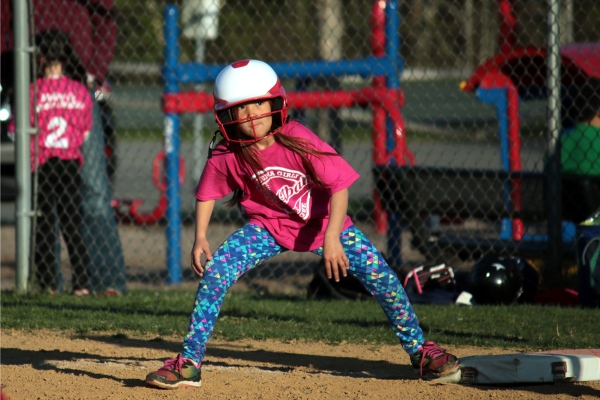 SteelyKid on first base, ready to run.

SteelyKid is playing rec softball this spring, which gives me an excuse to take a lot of telephoto pictures, because baseball variants take a loooooong time. This is probably my favorite from the batch of photos I got at her very first game on Tuesday. 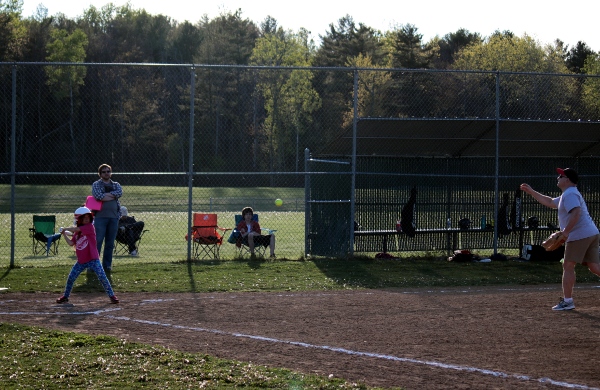 SteelyKid about to get a hit.

Of course, I can't post a softball picture without showing her at the bat. Where she's the Ted Williams of the second-grade set-- the longest at-bat she's had in two games has gone three pitches. 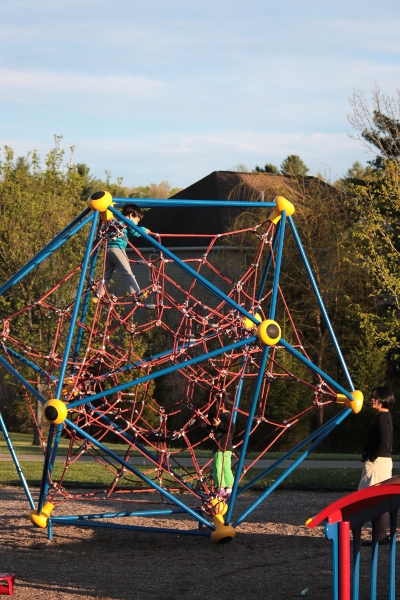 The Pip can climb very high.

The park where the softball games are played has this big Platonic solid with a web of ropes inside for kids to climb on. When we arrived on Tuesday, The Pip promptly climbed to the little platform in the center, then demanded in a slightly whiny voice "Dad, why can't I climb higher than this?" I was a little frazzled trying to identify the correct field for SteelyKid's game and herd her in that direction, so I distractedly replied "What? You don't have to stop there. Climb as high as you like. Go nuts."

So, yeah, that got a little scary. Notice Kate in the lower right, for scale. 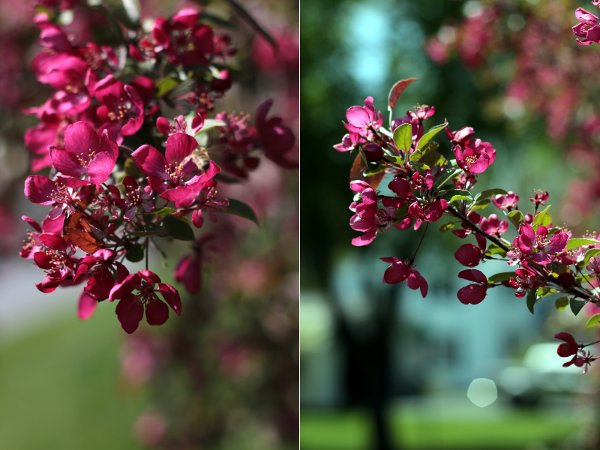 Two pictures of the flowers on the ornamental cherry tree in our yard.

I realize that in a lot of the country, peak flowering-tree season passed a month or more ago, but remember, we're in the Northeast. So we just had pretty cherry blossoms this week on the small tree in our front hard.

I realize that in a lot of the country, peak flowering-tree season passed a month or more ago

Depends on the tree. Where I live (about 300 km east of you), the cherry blossoms are gone, but the magnolia is in full bloom, and the dogwood won't flower until late June or early July.