Weekend Diversion: The Dreams of a Hero

"Anyone who has spent any time in space will love it for the rest of their lives. I achieved my childhood dream of the sky." -Valentina Tereshkova

We all have our heroes. Many of them meet with tragedy, and get eulogized in song. This week, I present to you a wonderful, bluegrass cover by Keller and the Keels of Pink Floyd's classic,

Another Brick In The Wall.
But some heroes live on, and continue to share their ever-growing and evolving dreams with us. 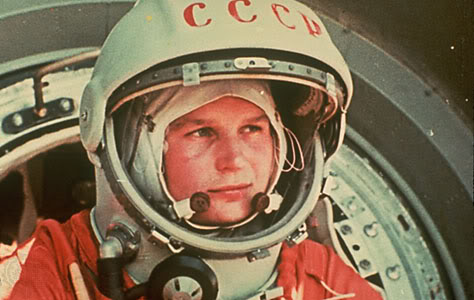 Many of you may recognize this hero as Valentina Tereshkova, the first woman ever in space! (Also, she's the answer to #3 on my human spaceflight quiz.)

An amateur parachutist (who was too afraid to tell her mother) and daughter of a World War II hero, Tereshkova completed 48 orbits around the Earth and became the first astronaut -- along with Valery Bykovsky -- to communicate with another human being on a different vessel in space!

Becoming an important political figure in the Soviet Union, Tereshkova was honored on Cosmonaut's Alley in Moscow. 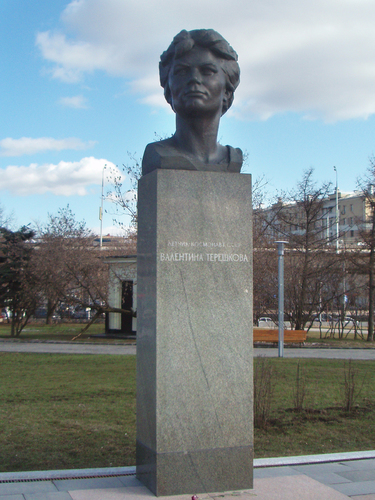 She has also been honored on a postage stamp, awarded the Order of Lenin, the Order of the October Revolution, the Order of Friendship (by President Medvedev, earlier this year, below), and the highest honor that the USSR offered, the Hero of the Soviet Union medal. 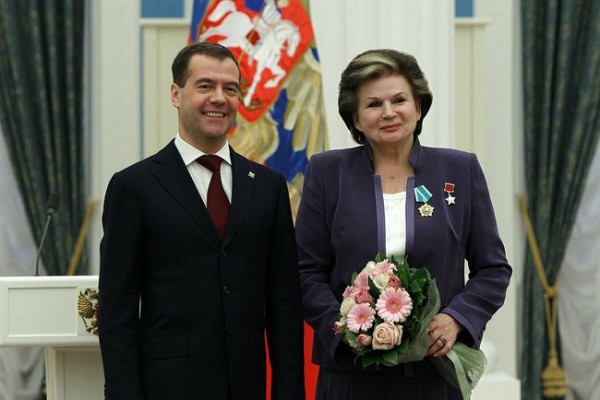 But what you may not know about this remarkable woman is that she shares many of the same dreams with you. Of course, she longs to return to space:

They forbade me from flying, despite all my protests and arguments. After being once in space, I was desperately keen to go back there. But it didn't happen.

But her ultimate dream was something she shared on her 70th birthday, which she celebrated in 2007 at the house of Vladimir Putin. 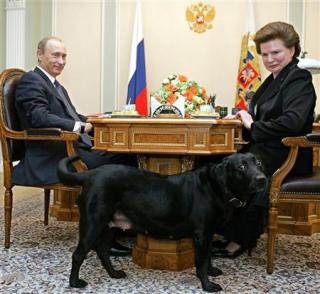 If I had money, I would enjoy flying to Mars. This was the dream of the first cosmonauts. I wish I could realize it! I am ready to fly without coming back.

You all know how much I love the Mars rovers, and we all should be excited for the next-generation Mars rover, which launches this November. 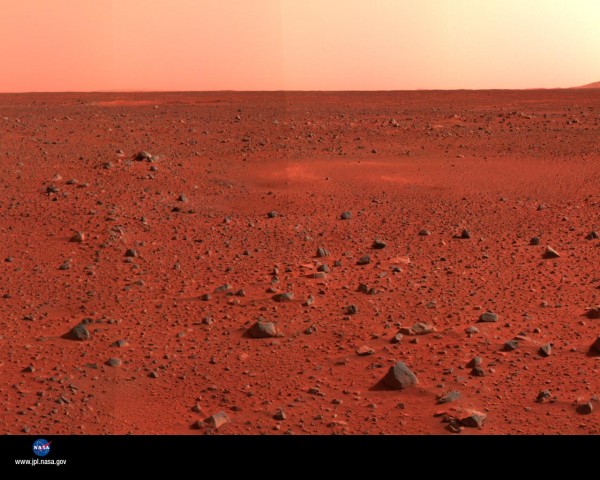 But I'm not just a scientist, I'm also human. And I understand the desire to physically be there, to see it with my own eyes, to feel it beneath my feet and experience it firsthand. It isn't my dream to give up everything that lies in front of me on Earth to go for it on Mars, but for many people, the desire is there and the risk is worth it.

And it simply inspires and awes me that this hero of mine would still go for it today. I know that many of you have that same dream, and would go for it if you had the opportunity. Don't give up; you're not the only one with that dream, and I would love to see it happen, and soon.

Man's desire to explore seems to be innate. Civilized man can be fearless concerning adventure, that would seem to set us apart from the other animals, most of which are solely concerned with survival.

Mars in a wondrous destination but so are almost countless other places in the solar system like the seas underneath Europa, or the asteroid belt for instance :)

"We all have our heroes. Many of them meet with tragedy, and get eulogized in song."

there's an entire album about valentina tereshkova. it's called vostok 6 by swinghammer.

The link "Valentina Tereshkova" to wikipedia is worth the click.

So the old girl still has a dream, nice. She looks healthy and fit enough. I say squeeze her in the cargo hatch of the November Rover. With all the usual safety precautions, you know everything a girl needs for her dream, "one way trip to Mars."

It would cost less than waging a war and the whole world would be watching and applauding. You think there was applause for Opportunity traversing 20 miles on Mars in 7 years; this old girl, Valentina Tereshkova, would walk 20 miles on Mars the first day.

I don't blame Valentina Tereshkova; if the big Boss sends for you then you have no choice.

Newspapers and Television stations are under Putin's control.

As former Chess champion Kasparow put it: "We, the opposition, are not attempting to win elections, we're trying to _have_ elections."

I have no idea what the power structures are in Russian Federation politics. After the collapse of the Sovjet system, who managed to muscle in? KGB? Organized crime? Some alliance of elements those two?

So, to see Valentina Tereshkova having to pay a visit to Putin, that's really disturbing.

Check out the bio of Lt Gen Susan Helms (USAF) for the inspiring story of another female space pioneer. http://en.wikipedia.org/wiki/Susan_J._Helms

Only if the heavens above can be measured and the foundations of the earth below be searched out will I reject all the descendants of Israel.