On Curiosity and its Shadows

The NASA Mars rover Curiosity just landed on Mars. Those of us who tuned in vicariously via NASA's live coverage watched as a roomful of tense engineers exploded, and heard their disembodied voices whispering and booming through the control room. Holy shit. We did it. Their headsets fell askew, they glad-handed one another, criss-crossing the room, and then, immobilized by a sudden hush as the news spread: We've got thumbnails. 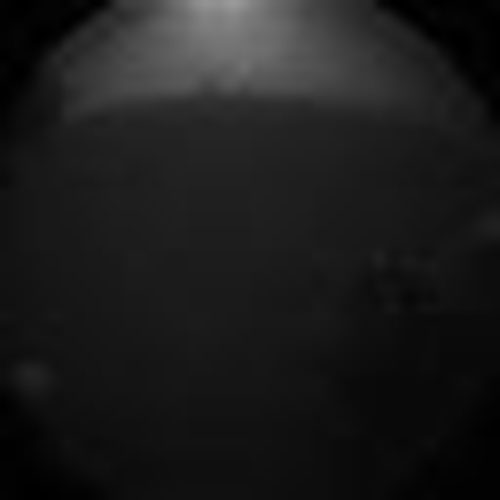 Thumbnails. We watched as a tiny image formed, transmuted across the void of space and into this room. It was black and white, an indistinguishable gesture of light in a blur of dark pixels. The engineers cheered and held one another as they gazed upon this small, inauspicious sight. One man sobbed at his desk. Then another image came down the line, this time more resolved. We began to see the grain of the dust, the pebbles, the outline of the rover itself, 352 million miles and 14 minutes of delay away, struck against the Martian soil.

And so, as with so many missions before it, the narrative of our rover's discovery began with an acknowledgement of its own shadow. 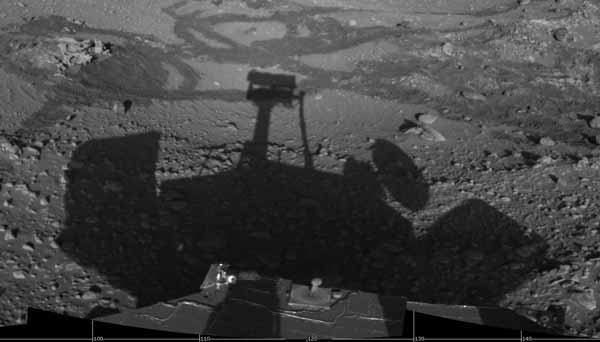 NASA's older Martian rovers, Spirit and Opportunity, were both avid amateur photographers of their own shadows as well. In fact, such images have been part and parcel of the visual language of space history since the Soviet Union developed and launched the Venera probes in the early 1960s; which, beginning with Venera 9, were the first landers to send back images of another planet. Those pictures too, taken before the cameras were undone by the very atmosphere they hoped to document, were of light and shadows cast on rocks.

William Gibson writes that the moment we began sensing and recording with technology, our extended communal nervous system, the "absolute limits of the experiential world" were "in a very real and literal way...profoundly and amazingly altered, extended, changed." We no longer relied on the limited capacities of our individual memories, nor did we quite fully trust the bounded senses of our apparatus; free to back ourselves up and reach ourselves further outward, we extended our reach. We also loosened the definition of "we," allowing our tools to become part of us in subtle ways. Now, closer and closer to the machine, we share a "largely invisible, all-ecompassing embrace."

This means: we can't go to Mars and see what it looks like for ourselves. Not yet, anyway. So instead we have sent this robot, this laboratory, this sentry of extended sense organs for the human race, ahead of us. I find it profoundly moving, not only because something inconceivable has been accomplished, but because we--that room full high-fiving tinkerers, and us plebeians too--can look at Curiosity's shadow and understand, without hesitation, that it's our own. 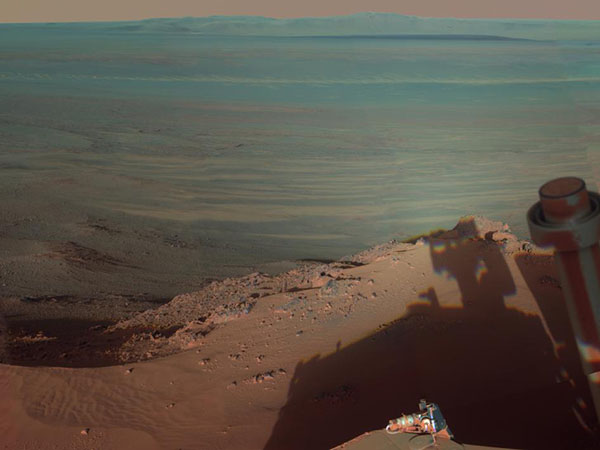 The intersection of poetry and science Wonderful

The image that came down first, although apparently dull, very probably captured in the impact dust cloud of the skycrane. I'm sure there's another analogy in that.

What amazes me is that sunlight on Mars appears as bright--or nearly as bright--as sunlight on Earth, even though Mars is so much further from the Sun. I would have expected there to be less of a shadow, and that the atmosphere would be darker.

why not send one rover like curiosity to the moon and prove that the men of the apollo project got there?

Would'nt be prudent to land next rover at the equator of Mars, where the climate could be tropical like earth. Mre organisms could have survived there in ancient Mars !!

@MEL: Because NASA doesn't actually care what conspiracy theorists say, and their allegations don't deserve the dignity of a response. Sending another Curiosity-level rover to the Moon just to try to convince a few naysayers that they really did it would be a massive waste of time and money, especially since it won't convince them anyway. NASA scientists know what they did, and they're the ones who use this information. Rovers are for learning new things, not winning arguments.

I hope one day people can live on Mars!

To Mel - it's all about the money and getting funding. You wont get much funding going back to the moon (or there first the first time if we havent...according to some theorist). It's all about Mars now. NASA were scaling back missions before this last successful landing on Mars. They're flying high now and there's several new missions to Mars planned in the next few years only thanks to the success of this lander. If this would have failed then they'd probably go back to the moon as that's the only thing they'd be able to afford.

First off, I love the fact you write about this topics claire.
2nd off I was lucky enough to be at NASA/JPL next to the control room when this happened and I'll tell you that the pure excitement, and reward for the engineers is like no other communal joyful moment I have witnessed. The whole week at work, we would randomly stop to watch "Space News" and get our daily scoop of curiosity. I just wanted to share that since you are so heavily interested in the matter.

I truly felt like I was in a pre-star trek era when she landed.

Bswerdloff
subject Curiosity on Mars
In looking at my latest National Geographic Magazine--and
remembering that famous event at Roswell---I was
instantly wondering Who is cleaning the wheels on
Curiosity They sure did a good job.

Curiosity's wheels are specially designed to spell out JPL over and over in the dust in Morse code.